$29,680 to improve the health of men in the Parkes electorate 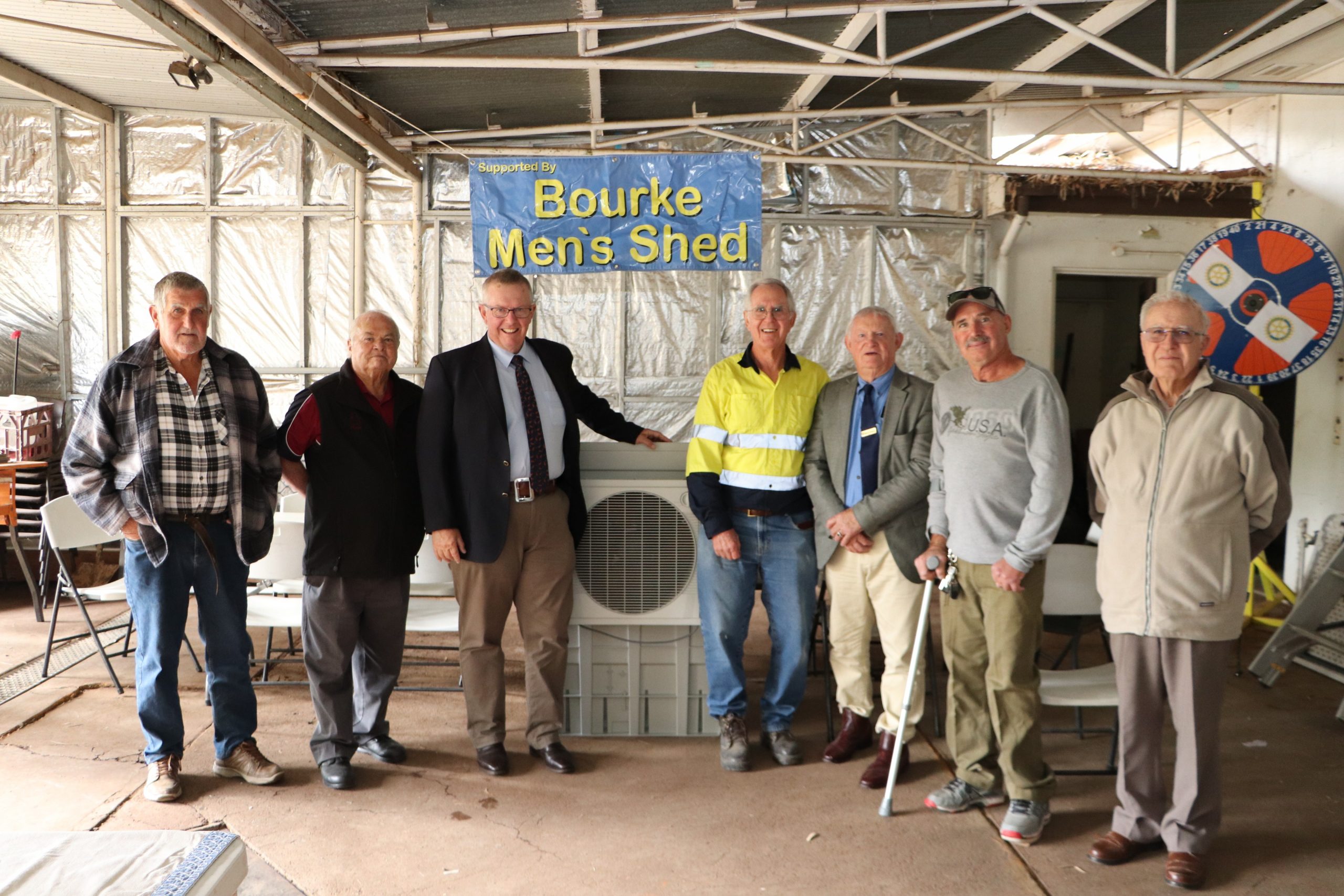 Photo caption: Federal Member for Parkes Mark Coulton (third from left) met with members of Bourke Men’s Shed, including president Robert Stutsel (centre) and Bourke Mayor Barry Hollman (third from right), to announce a $2990 grant to purchase three new air coolers. The Bourke Men’s Shed is one of 10 Men’s Shed in the Parkes electorate to receive a grant through the latest round of the National Shed Development Programme.

The Australian Government is continuing to support the health of local men, with Men’s Sheds in the Parkes electorate to share in a total of $29,680 through the latest round of the National Shed Development Programme.

Federal Member for Parkes and Minister for Regional Health said 10 Men’s Sheds in the Parkes electorate will receive grants to purchase tools and equipment and fund shed improvements and health and wellbeing events.

“I’ve always been a proud supporter of Men’s Sheds because they play a vital role in preventing social isolation and mental ill health,” Mr Coulton said.

“They offer thousands of men of all ages a safe and friendly environment where they can work on meaningful projects while building strong social connections.

“These grants will be used for a variety of projects, from bathroom and kitchen upgrades to hosting a mental health and wellbeing day and purchasing essential woodworking tools.”

Mr Coulton paid a visit to Bourke Men’s Shed on Friday to announce the funding.

“In summer, conditions in the rear of the shed where we house the barbecue and have our weekly lunch were so oppressively hot that we would have had to close down until autumn which is highly unsatisfactory,” Mr Stutsel said.

“These funds will cover the purchase of three air coolers, two to go into the eastern wall of the shed and the other into the kitchen/gallery area to allow them to be cooled economically and effectively.”

The Bourke Men’s Shed is one of more than 1,000 Men’s Sheds across the nation. Including today’s announcement, the Government has provided $6.4 million in grant funding to support Men’s Sheds since 2013.

“Men’s Sheds are an integral part of their local communities,” Mr Coulton said.

“This Government will continue to support Men’s Sheds as part of our comprehensive approach to improving the health of Australian men and boys.”

Parkes electorate funding for the latest round of the National Shed Development Programme: