$203 million upgrade the jewel in the Newell Highway crown 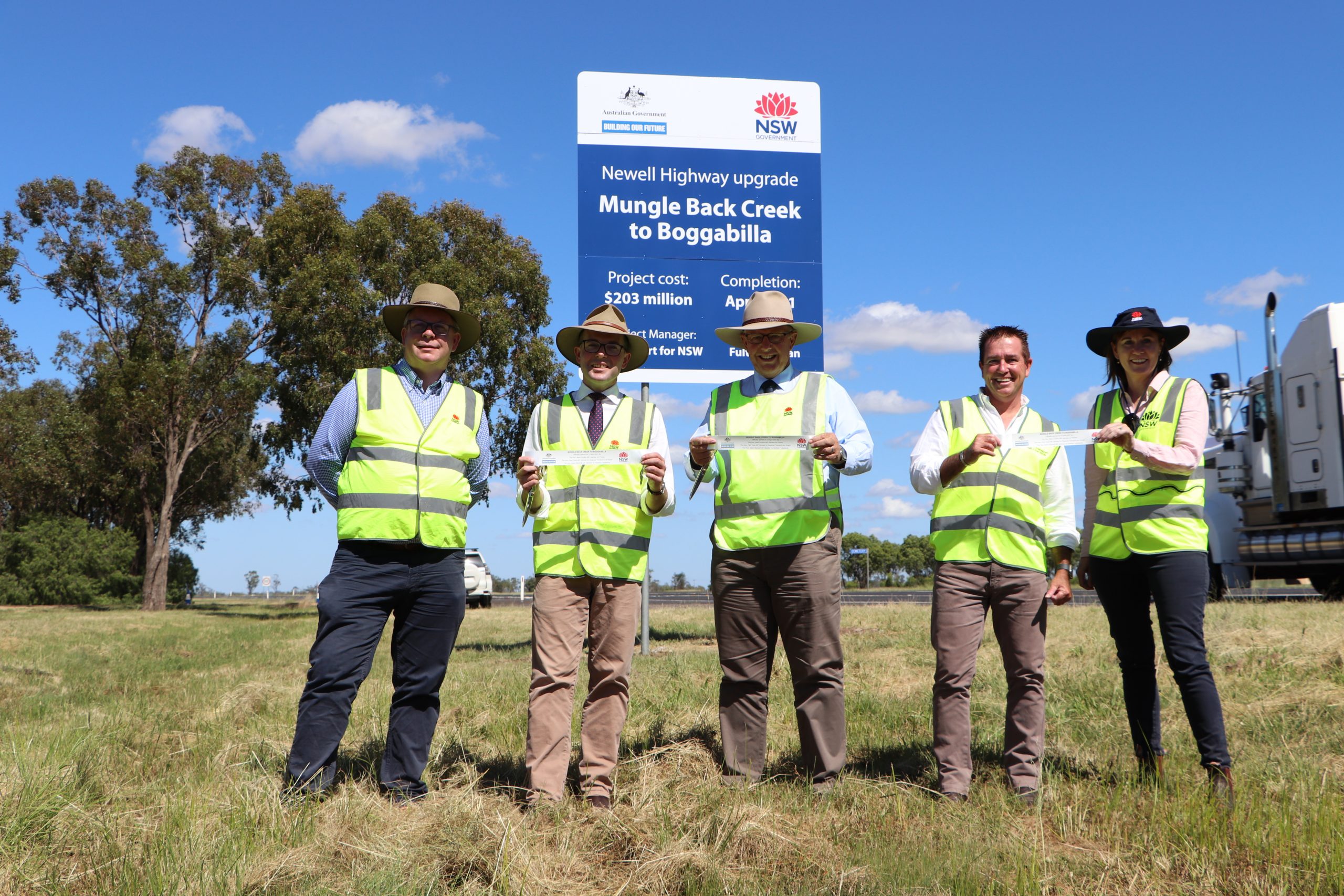 After more than half a million hours of work, more than 460,000 cubic metres of dirt moved and 3,000 metres of drainage installed, the major upgrade to the Newell Highway from Mungle Back Creek to Boggabilla near the Queensland border has been delivered.

Deputy Prime Minister and Minister for Infrastructure, Transport and Regional Development Michael McCormack said the Newell Highway is one of our most important freight and tourism corridors.

“The Newell Highway contributes to the competitiveness of Australia’s agricultural and mining sectors by opening up access to essential freight networks in New South Wales, Victoria and Queensland,” the Deputy Prime Minister said.

“Around 1,300 trucks and caravans use just this section of the highway every day.

“That is why the Australian Government committed to funding the upgrade of the highway between Mungle Back Creek and Boggabilla in two stages – firstly under the National Highway Upgrade Program and then as part of upgrades to the Newell Corridor under the Roads of Strategic Importance (ROSI) initiative.”

NSW Minister for Regional Transport and Roads Paul Toole said the 27 kilometres of upgrades was another great example of the Australian and NSW governments working together to transform a key road corridor.

“The team has worked really hard to complete the work ahead of time and on budget, delivering pavement upgrades along the highway with wider lanes and shoulders, safer intersections and two new overtaking lanes to drive safer journeys for all road users,” Minister Toole said.

“The second stage of the upgrade was delivered in just over two and half years – nine months ahead of schedule.”

Assistant Minister for Road Safety and Freight Transport Scott Buchholz said the Australian Government has committed $4.9 billion nationwide to the ROSI initiative over the next decade.

“ROSI will support works on regional roads, as well as inter-regional and interstate highways, to address pinch points and other impediments to freight movements,” Mr Buchholz said.

“ROSI is all about investing in key freight corridors to better connect primary agricultural areas and mining resource regions to ports, airports and other transport hubs.”

“These upgrades will ensure that the freight backbone of our state can meet the needs of the motorists and freight vehicles that use it every day for decades to come,” Mr Coulton said.

“This project has supported more than 500 jobs since the start of construction, injecting critical stimulus into the Moree Plains Shire Council Local Government Area and leaving long-lasting benefits for the entire community.”

State Member for Northern Tablelands Adam Marshall said the close involvement of so many members of the local Aboriginal community on the project has been one of the greatest benefits of the project.

“Under head contractor Fulton Hogan and community leaders, 51 Aboriginal people from the surrounding communities of Boggabilla and Toomelah were inducted to work in a variety of capacities – getting skilled, upskilled and qualified through TAFE NSW and on-the-job training,” Mr Marshall said.

“It has been a huge success. Jobs are crucial to local communities and these workers now have skills which are transferrable to other industries and highly sought after.”