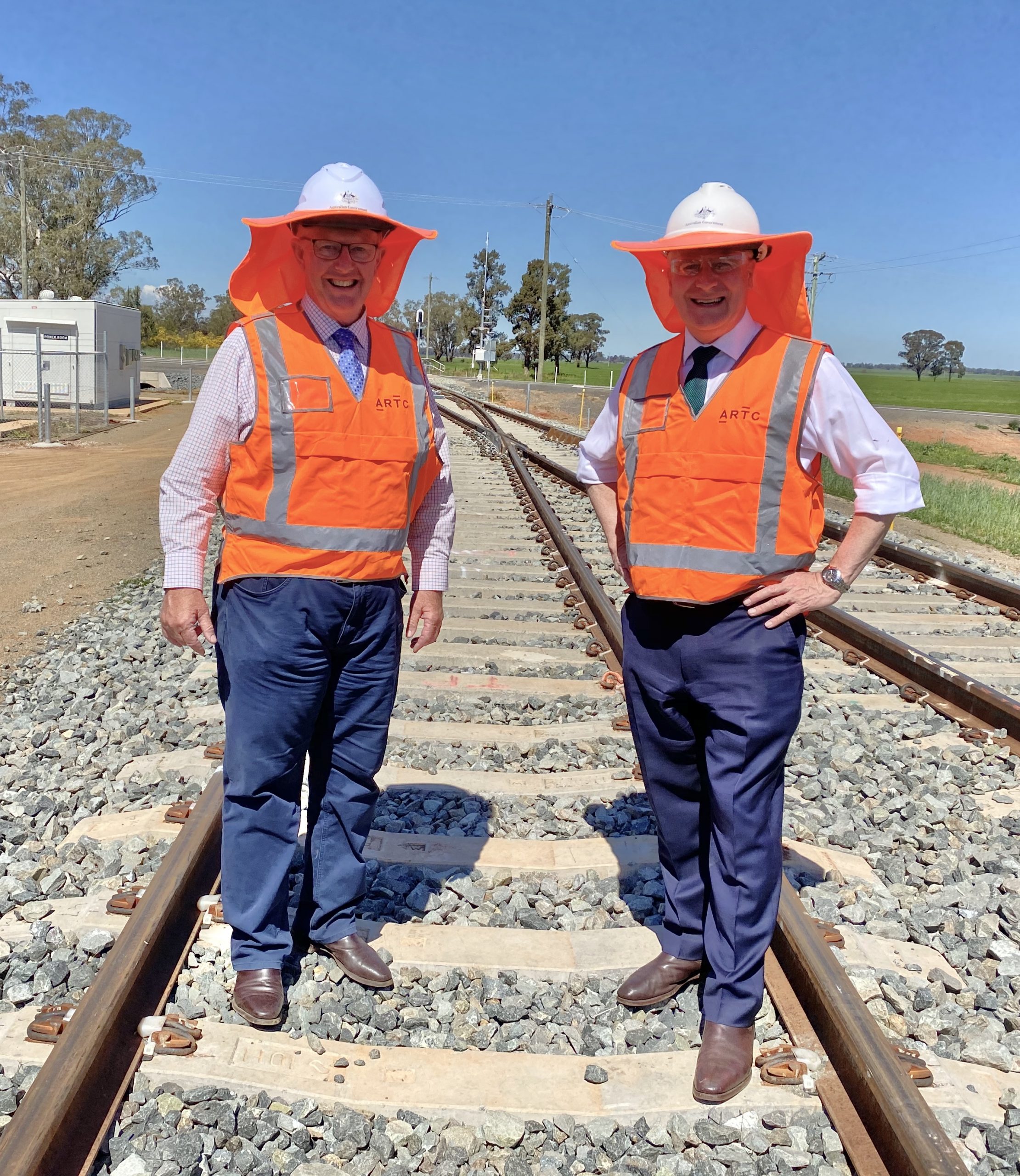 In news that will be welcomed by local councils and communities in the Parkes electorate, the Federal Coalition Government has announced it will make a significant investment in additional grade separations on the Inland Rail alignment in New South Wales.

The $150 million will be available subject to the NSW Government committing $37.5 million as a co-contribution.

“I know how important grade separations with Inland Rail are to local councils in my electorate, which is why I’m so pleased our Government is committing this extra investment to ensure it is done right,” Mr Coulton said.

“I’ll be working to ensure that grade separations in my electorate are a priority when decisions are being made about expenditure within this funding package.

“Inland Rail is happening and will become a vital part of the network required to meet Australia’s growing freight transport task for the next 50 years.”

The Australian Government will work with Transport for New South Wales to identify the interfaces that will be prioritised under this new commitment.

The announcement comes as part of a $2.7 billion Australian Government investment into New South Wales transport infrastructure to boost the local economy, make roads safer and create thousands of new jobs as part of the Government’s COVID-19 economic recovery plan.