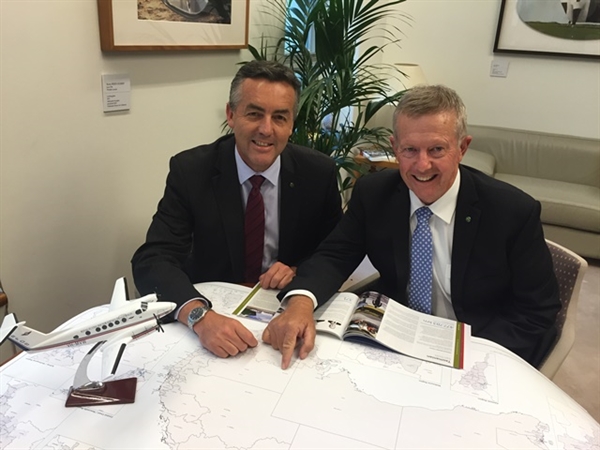 The construction of two new rail bridges at Tomingley West and Narwonah, in the Parkes Electorate, that will meet the load specifications required to support Inland Rail have been welcomed by the Federal Member for Parkes Mark Coulton.
Mr Coulton said the two new railway bridges were of national significance and work by the Australian Rail Track Corporation’s (ARTC) was to begin next month just south of Narromine.
The $1.3 million project will see two timber bridges replaced by reinforced concrete culvert structures designed and built to Inland Rail engineering specifications.
“As well as improving part of the existing rail line that connects the national interstate rail networks, these new bridges will be part of the Inland Rail route when it is constructed,” Mr Coulton said.
Federal Minister for Infrastructure and Transport Darren Chester said the upgrades were particularly significant as the new structures will meet the Inland Rail ‘standard’ – future proofed for longer, heavier and more efficient trains.
“The Inland Rail project, which will provide a rail freight connection between Melbourne and Brisbane, is connecting regional Australia with global markets. The region will play a major role in the delivery of Inland Rail, with the Central West region of New South Wales set to see $480 million in economic benefits from the nationally significant rail project,” he said.
“One Inland Rail train will support the movement of approximately 2,500 tonnes of freight in a single trip, equivalent to taking 110 B-double trucks off the roads.”
Minister for Small Business and Federal Member for Riverina Michael McCormack said it was necessary to upgrade these bridges to higher specifications.
“It makes sense to design and build the new bridges to higher specifications to enable them to handle potential future demands as the Inland Rail programme comes to fruition. This section of the rail freight network already supports the movement of container, bulk, and general freight services with agricultural commodities such as grain, consolidated regional freight, and mineral concentrates,” Mr McCormack said.
The Parkes to Narromine section of the Inland Rail project involves upgrading the existing 107 kilometres of track.
Overall, the Inland Rail project takes advantage of 1200km of existing rail corridor and will involve the construction of around 600km of new track.
For more information on the Inland Rail project visit www.inlandrail.artc.com.au