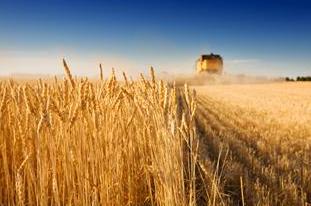 Mr COULTON (Parkes–The Nationals Chief Whip) (19:28): I, too, rise tonight to speak on the Wheat Export Marketing Amendment Bill 2012 and in support of the amendment introduced by my colleague the member for Calare. There has been a lot of attention on this bill, a lot of discussion and quite a bit of intrigue. What I find passing strange is that there is not a lot of difference between all sides in this debate as to their positions.

The Wheat Export Authority was set up originally, as part of the first step to deregulation, to handle export licences for the exporting of Australian wheat and, to an extent, it has done a pretty good job of that. The reason I oppose this bill which would see the abolition of the WEA is that there is still more to be done on managing the full deregulation of the wheat industry.

The member for Calare’s amendment is to put this decision off for a while, and I agree with that for a number of reasons. Primarily the reason is that for the last few years the representative bodies of the Australian wheat industry have been in something of a state of flux, and there has not really been a body that could speak with one voice for wheat growers across the country. I believe that there is actually a lot of goodwill and there has been a genuine attempt by the wheat industry to get to a point where they do have a peak body that will speak for the industry and that, when that time comes, we will get a clearer idea of what the industry actually wants to do in this regard. Then it will be beholden on this parliament to consult the wishes of the wheat industry, as speaking from one body rather than as fragmented.

There are a couple of other issues to address before we go to full deregulation and the removal of the WEA. Primarily, there is the issue of access to ports. If we are truly going to have a deregulated wheat industry then all serious players need to have access to ports. At the moment, different states have different monopoly operators managing those ports, and it is far from a free and open, all-access system at the moment.

Another issue is the information on where the wheat stocks are, and for marketing wheat that information is vital. That is because to be a legitimate exporter you need to have numerous sources of grain to fulfil an order. To load a ship out of Port Kembla, Newcastle, Geelong or any of the other ports, and to get that amount of tonnage into the port in the very narrow window that you have in which to load a ship, the wheat cannot just come from one source; it has to come from various sources, by rail, or sometimes by road, and converge at that port over a very short period of time to get the amount of tonnage there to load the ship. At the moment, there are not many people who have the information to undertake that.

The other issue I am concerned about is the maintenance of the quality of Australian wheat and of that brand. I am not going to go back and revisit the days of the Australian Wheat Board here tonight. Seriously, that issue has moved on. But we have seen in recent times that wheat has tended to be marketed as a generic commodity rather than as a product of a certain type. Reports that I am getting back from our customers around the world, including from places like Indonesia, are that that top-quality product that was formerly branded ‘Produce of Australia’ with that AWB brand on it could be relied upon for its milling qualities, and we are not seeing that at the moment. There is more to labelling wheat than just purity, moisture and protein, and the other test that would go to back up the sale of a quantity of wheat to an overseas country is lacking at the moment. So the industry needs more time.

It has been said that there is an expense to growers in keeping the WEA and that it should be abolished if it is not doing the complete job it should. But that expense is 22c per tonne and, with wheat selling now, basically, in the mid-200s, 22c a tonne is not a huge amount. The wheat growers that I have been speaking to do not begrudge that levy, certainly not if it is going to be used to the best effect. So I think that we need to keep this WEA for a little bit longer.

One of the reasons that wheat growers are particularly anxious at this time is that the removal of the single desk that we saw in 2008, particularly for the eastern states growers, was a blow to that industry.

The blatant use of the wheat industry as an electioneering tool by the member for Griffith, leading up to the 2007 election, basically left the Australian wheat growers as sacrificial lambs at that particular point. But having moved on from there, unfortunately at the same time this was going on, we were in the final couple of years of the worst drought that this country has ever seen. So combined with drought, a complete change in the methods by which wheat was being marketed and exported, it has been very stressful.

But to add insult to injury, with a complete breaking of the drought, in 2010, when there was an absolutely sensational wheat crop pretty well right around the country, the wheat harvest coincided with flooding right across the countryside. Farmers, particularly in my electorate, had a crop that was going to go some way to getting them back onto a more financially stable ground right to the point of harvest, but that was taken away right before their eyes. The following year we saw the same thing and the current harvest has seen a drier season. While it is dry at the moment the farmers are very anxious at the forecast for 10 days time, which is indicating rain coming to eastern Australia.

While farmers and farm organisations should have been having more input into the restructure of their industry and the direction it should be going, they have been struggling to barely survive. That has all been on top of what has been happening here in parliament. Over that time we have seen growers lose vast amounts of money through dealing with disreputable traders. Gilgandra Co-op, in the centre of my electorate, got caught up with a dealer in Bangladesh and, unfortunately, lost a substantial amount of funds, which led to the cessation of that co-op. Farmers are very wary.

On the domestic front, while it may not be directly relevant to this bill, growers in my electorate have been completely disadvantaged by the collapse of Austasia Milling in Young, central New South Wales. One farming family in the Condobolin area have lost $180,000. That is a complete insult to a grower: to go through the entire expanse of preparing the land, sowing the crop, growing the crop, harvesting the crop, storing the crop for some considerable time and then actually pay the commission to the dealer, as in this particular case, to find that the funds have evaporated. I think there is a real need for some closer scrutiny of a lot of the players who are currently in the grains industry. If you are purchasing grain from a farmer, whether it be from an online grain storage or on-farm, knowing that you cannot pay for it, then that is akin to theft. Unfortunately, the people at the end of the line are the wheat growers.

I feel that all sides of this argument are not that far away from an agreement. What I am calling for here tonight in my contribution is a bit of time for the industry to come together, to form a peak body and to get back on its feet, as a genuine lobbying group for the industry, so that we can get a clear direction for the Australian wheat industry.

Last week we saw the takeover bid for GrainCorp. Farmers are very nervous at the moment as to who will have ultimate control over their industry. Currently, a lot of overseas companies hold key assets in this industry. I think farmers are very reluctant to completely hand over all control to the free market, until more consideration is given as to what needs to be put in place.