Vital funding to boost the return of live music in Gunnedah 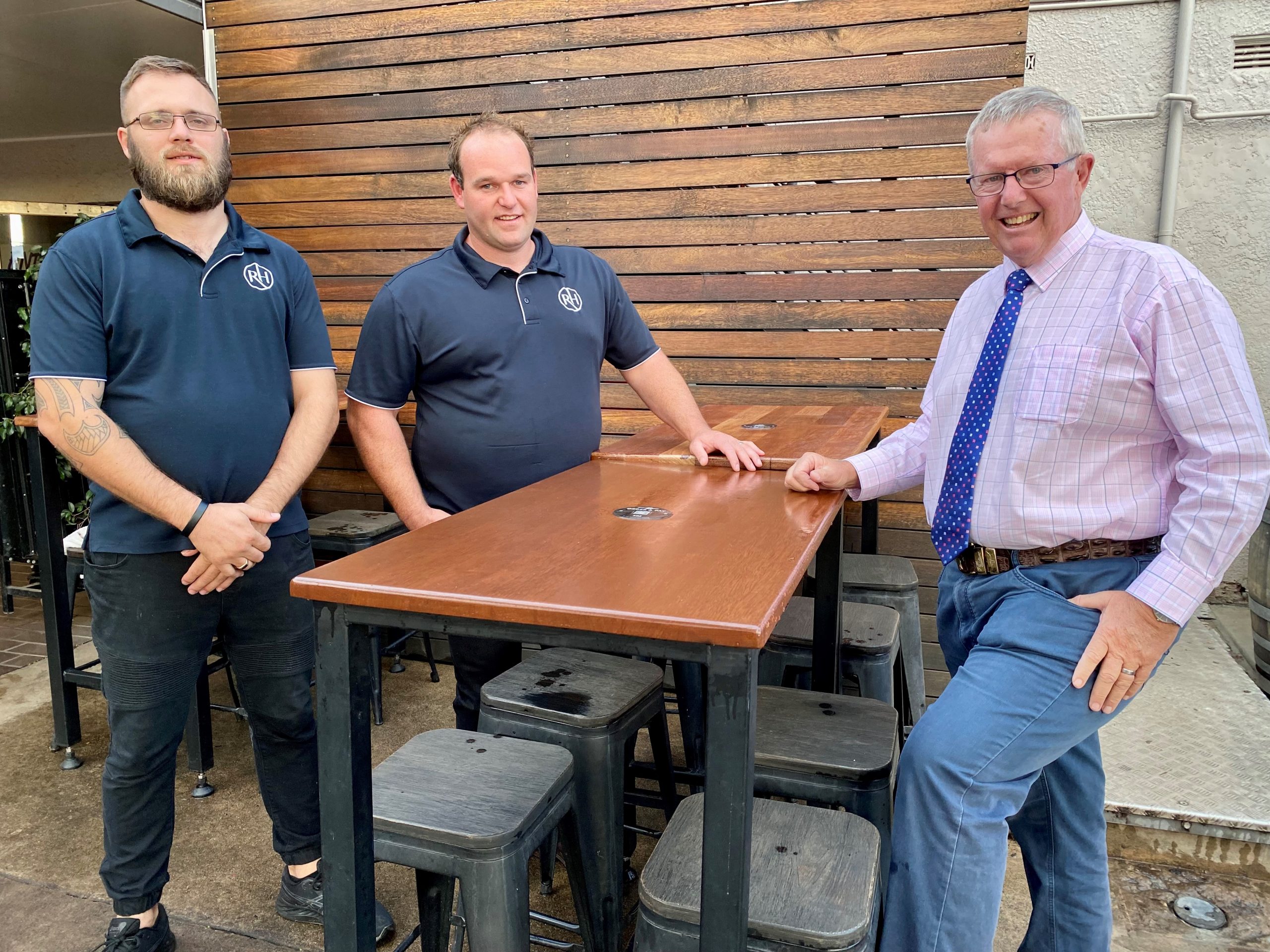 Gunnedah’s live music scene is set to be reignited and expanded, with the Railway Hotel Gunnedah receiving a $62,913.40 Federal Government grant to help put local artists back on stage.

Federal Member for Parkes Mark Coulton has today announced the funding under round four of the $20 million Live Music Australia Program, which he said will provide much-needed support for the Railway Hotel to rebuild, while also stimulating the economy and igniting excitement back into the Gunnedah community.

“The hospitality and arts industries were two of the hardest hit by the coronavirus pandemic, which is why I’m so pleased to be able to support the Railway Hotel with this funding,” Mr Coulton said.

“It will be used to install a new PA system, sound and lighting, providing a dedicated area to host live music and attract musicians to the hotel.

“The Live Music Australia Program is bringing quality Australian live music into our regions, putting local artists back on stage while also helping our venues maximise their economic sustainability and recovery.”

Minister for Communications, Urban Infrastructure, Cities and the Arts, the Hon Paul Fletcher MP, said the grants would bring more original live Australian music to communities by funding small-to-medium venues across the country – from pubs in country towns, to clubs and theatres in major metropolitan areas.

“Local pubs and clubs are vital to the live music economy, which is why we’re pleased to deliver $2.5 million to support 102 venues rebuild and become operational as COVID-19 restrictions continue to ease,” Minister Fletcher said.

“We want our live music venues primed to host performances, to engage and entertain audiences, and to maximise their economic recovery and sustainability.

“To date the Morrison Government has committed more than $10 million under the program to support more than 400 live music venues get Australian artists back on stage, increase job opportunities for venue staff and help live music venues thrive again.”

Arts funding by the Morrison Government in 2021-22 stands at more than $1 billion dollars. This is a record level of funding under any federal government, Liberal or Labor.