Unemployment figures in Electorate of Parkes down to 3.8 per cent 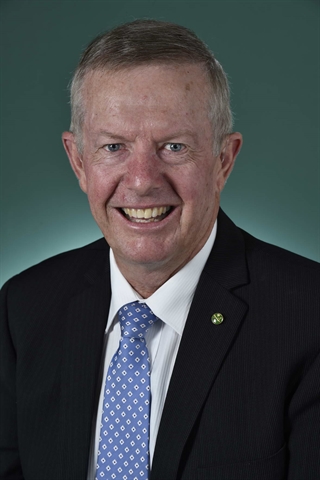 The Member for Parkes, Mark Coulton is delighted with the news that the Electorate of Parkes is among the 10 Electorates with the largest falls in their unemployment rates over the year to the December quarter 2017.
Updated unemployment figures indicate a fall of 2.4 percentage points, to 3.8 per cent in the Electorate of Parkes. Other strong performers include the Electorates of Herbert in Queensland, down by 2.9 percentage points, to 9.2 per cent, and Canning in Perth, down by 2.7 percentage points, to 6.0 per cent.
Mr Coulton said the figures indicate the strength of the economy in the Electorate and are a reflection of the national employment trends.
“Across the nation we’ve had record employment growth – 403,100 jobs, the strongest year of jobs growth we’ve ever had as a country on economic record,” Mr Coulton said.
“Seventy-five per cent of those jobs are full time and 80 per cent are in the private sector. Jobs growth has easily outstripped population growth.
“Female participation is at near record highs, with 60 per cent of new jobs last year going to women and the gap between the male and female workforce participation at 10.4 per cent, an all-time low.”
Mr Coulton said new export opportunities will also continue to drive Australian jobs. The recent signing of the Peru-Australia Free Trade Agreement presents important prospects for products like Kangaroo meat, while the signing of the Comprehensive and Progressive Agreement for Trans-Pacific Partnership [TPP-11] creates Australia’s first free trade agreements with Canada and Mexico.
“This agreement will give Australian exporters preferential access to two of the world’s top 20 economies for the first time,” he said.
“In 2016-17, nearly one quarter of Australia’s total exports, worth nearly $88 billion, went to TPP-11 countries. This will continue to grow as tariffs tumble under the TPP-11.”
“The Agreement is one of the most comprehensive trade deals ever concluded and will eliminate more than 98 per cent of tariffs in a trade zone with a combined GDP worth $13.7 trillion.
“Australian farmers, manufacturers, service providers, small businesses and all exporters are the big winners as they will be able to sell more of their goods and services in a free trade area that spans the Americas and Asia,” Mr Coulton said.