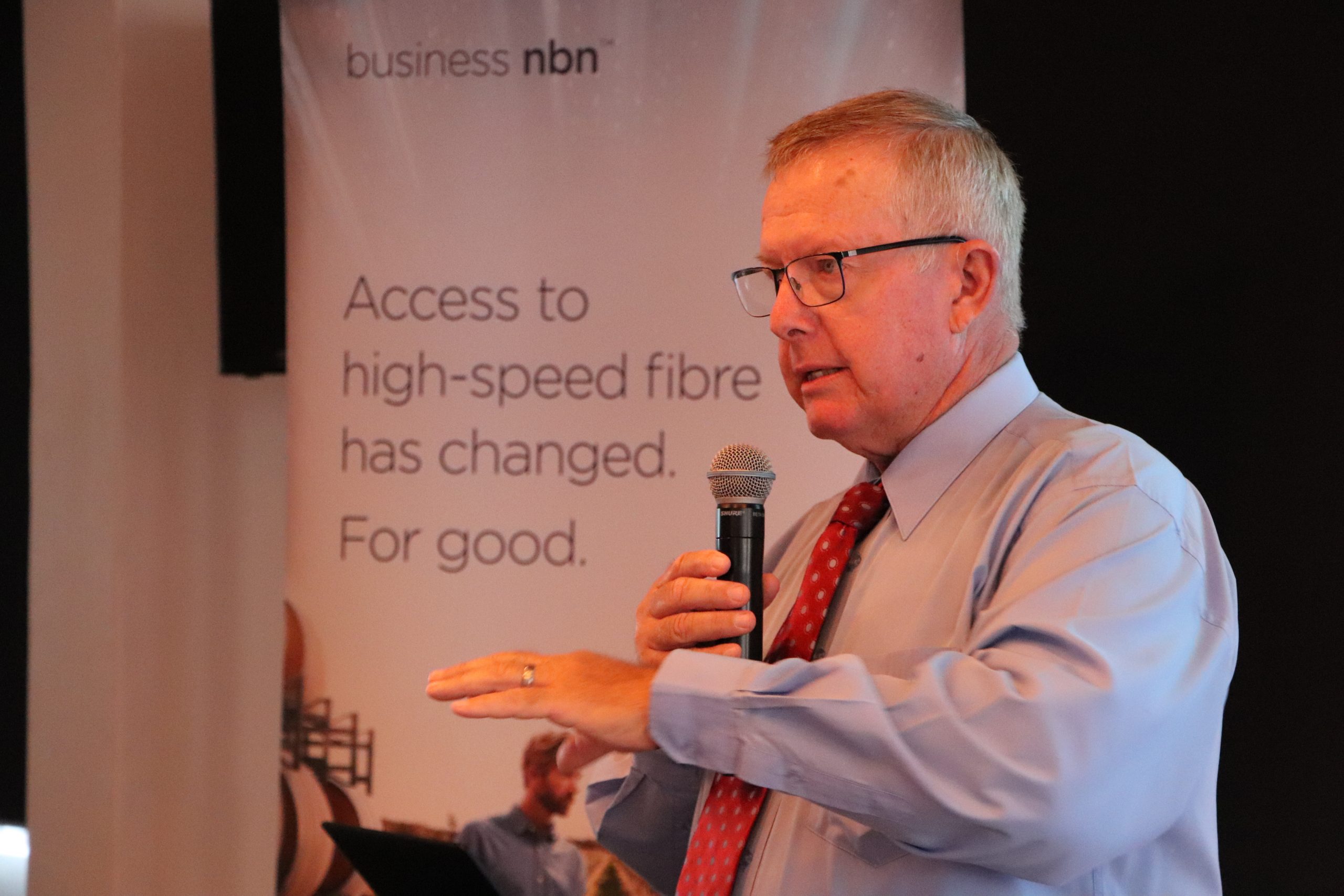 Photo caption: Federal Member for Parkes and Regional Communications Minister Mark Coulton welcomed the $4.5 billion network investment plan by NBN Co, which will benefit residents in parts of east and west Dubbo, as well as southern premises off Wheelers Lane.

Residents in parts of east, west and south Dubbo are set to be among the next 900,000 premises to benefit from access to ultrafast internet speeds, after NBN Co announced the next tranche of its $4.5 billion network investment plan.

Federal Member for Parkes and Minister for Regional Communications Mark Coulton welcomed this investment by NBN Co which he said offer many benefits to Dubbo by better connecting locals and businesses with the rest of the world.

“Households and businesses in parts of east and west Dubbo, as well as southern premises off Wheelers Lane, will be able to access NBN Co’s fastest internet plans of up to 1 gigabit per second, which will allow for 4K streaming on multiple devices concurrently and will better support the community working and learning from home,” Mr Coulton said.

“The commencement of these works by NBN Co will also create jobs for the Dubbo community and has the potential to attract businesses and professionals by allowing them to take advantage of ultrafast broadband.”

To deploy these network upgrades, NBN Co will work with its construction and delivery partners to design and construct local fibre networks in Dubbo, passing at the street level in areas connected to the National Broadband Network’s Fibre to the Node (FTTN) technology.

The investment of $4.5 billion, announced in September 2020, will allow NBN Co to rollout the fibre infrastructure without any cost to households or businesses in Dubbo until the customer orders an eligible service.

A number of factors were considered in selecting areas in this second stage of investment, including the predicted take-up of higher speed services, while also maintaining a proportionate state and regional mix of locations.

Work on the 200,000 premises included in the first two tranches is underway. NBN Co is on track to upgrade 2 million homes by 2023.

For more information on the NBN, go to www.nbnco.com.au