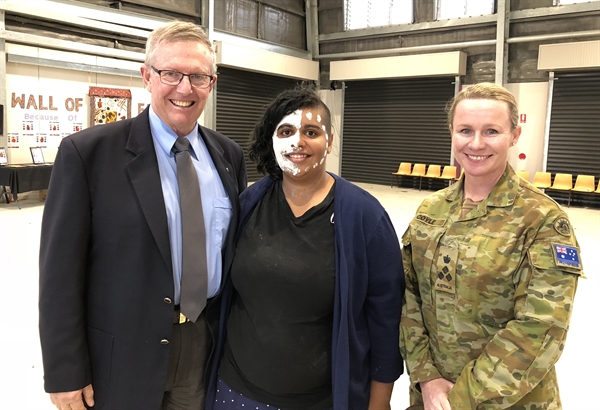 The northern NSW community of Toomelah can now enjoy their new $4.8 million community hall as the Australian Army hands over the site to the building’s custodians, the Local Aboriginal Land Council.

The Australian Government, through a joint venture with the Department of the Prime Minister and Cabinet and the Army, the Army Aboriginal Community Assistance Programme (AACAP) has been in Toomelah since May 2017 working with locals to construct the communal meeting space.

Member for the Parkes electorate, Mark Coulton, said he was proud to see the building completed and handed over to the Toomelah Local Aboriginal Land Council.

“It was no small feat getting this building out of the ground. It was built on the flood plains of the town and will now in a nice turn of fate, become the refuge for the town’s people in times of flood,” Mr Coulton said.

The Minister for Indigenous Affairs, Nigel Scullion said this new building will become the lifeblood of the town. It will be used for community meetings, important social gatherings, and will provide the Local Aboriginal Land Council with office space and a place to call home.

Minister for Defence Marise Payne said that in addition to the new meeting space, Army also refurbished the community church and sporting oval and constructed a sealed road.

“I’d like to thank members of the 21st Construction Squadron and the many local businesses and community members who contributed to AACAP 2017,” Minister Payne said.

AACAP is now in its 21st year and has helped over 40 communities. Toomelah is the first community in New South Wales to receive an AACAP project.