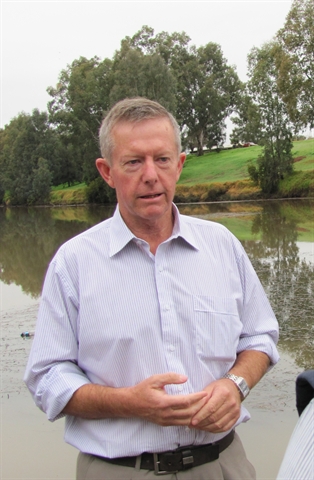 The Australian Government has completed an agreement which brings all jurisdictions together to implement the historic Murray-Darling Basin Plan for water reform.

The Premiers of NSW and Queensland have now signed the Intergovernmental Agreement (IGA) on Implementing Water Reform in the Murray-Darling Basin and an amended National Partnership Agreement (NPA).

A commitment to cap water purchases at 1500 gigalitres and prioritising water infrastructure programmes were key components in bringing the two remaining states on board.

Victoria, South Australia and the Australian Capital Territory have now reaffirmed their commitment to the Plan by agreeing to sign the amended NPA.

As part of the agreement, the states have assured the Commonwealth these investments will not be counteracted or undone through state actions.

“The Australian Government is committed to the implementation of the Basin Plan, on time and in full,” said Federal Member for Parkes, Mark Coulton.

“The fundamental priorities are to ensure the Murray-Darling’s food and fibre industries remain vibrant and sustainable, and that the river system on which they rely is restored to good health for the long term.”

Irrigation infrastructure upgrades are central to achieving the best outcomes from the Australian Government’s $13 billion investment in the Basin Plan, recovering vital water for environmental flows while enhancing the sustainability and viability of Basin communities.

Under the intergovernmental agreement all Basin governments have agreed to support the Commonwealth’s water recovery efforts, to work together on environmental works and measures, and to ensure that environmental water is delivered to where it is needed in accordance with the Basin Plan. Governments also seek to improve river and wetland health, enhance irrigation productivity and provide farmers and communities with more confidence to plan for the future.

“This is an important achievement to protect the Murray-Darling, while ensuring our farmers who rely on the river system remain vibrant and sustainable.”

“It builds on the legacy of water reforms initiated by the Howard government, which included more than $7 billion for water infrastructure projects,” Mr Coulton concluded.

To support regional communities in adjusting to the changes brought about by the Basin Plan, the Australian Government is also providing $32.5 million to New South Wales, $25 million to Victoria, $25 million to South Australia and $15 million to Queensland from the Regional Economic Diversification Programme.