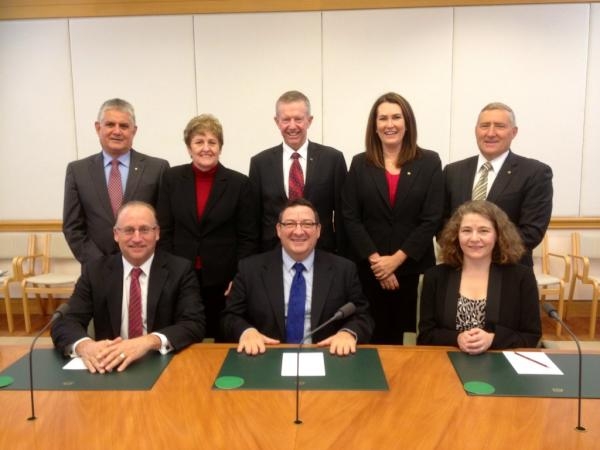 I too rise to make some brief comments on this discussion paper. Indeed sometimes in this job as a member of parliament you get to a point where you think you have done something worthwhile as part of a team, and today is one of those occasions.

One of the great honours that I have had since I have come to this place is to have been asked by Polio Australia to be one of their patrons. It is a job that I am very proud to have and one that I take very seriously. I would like to, firstly, compliment the people from Polio Australia, led by Dr John Tierney and Gillian Thomas, for their tireless efforts. I think I met them not long after I was elected, probably early 2008, and they have been coming from all over Australia to Canberra on a regular basis, and they have mainly funded this from their own resources. Because of their own disabilities this is quite difficult for them to do, but they have just kept coming here, doing the rounds and spreading the word.

I would like to thank the Standing Committee on Health and Ageing for adopting the idea of a roundtable and for this discussion paper. Before I go any further, I should recognise the secretariat, because I think they have done an excellent job in compiling information and putting into a nutshell what this issue is about, and in a minute I will talk about the three recommendations. They have done an excellent job on that. I also recognise the previous speakers, the member for Shortland and the member for Swan, for their contributions and indeed the entire committee for their efforts.

Basically what has happened-and a lot of people do not realise this-is that many people who are suffering from the late onset effects of polio may not have even known that they had polio as a child. They may have had polio in the family; they might have had a sibling with polio. They may have had a bit of fever and so a very mild dose of polio. Largely, they got on with their lives. With all the publicity in probably the last 10 years about polio pretty well being eradicated in most of the world, I think there was a mind-set not only in the community but also in the medical profession that this job had been done. People were not looking at polio. One of the great frustrations for these sufferers is that they have been misdiagnosed with depression, chronic fatigue syndrome and a whole range of other ailments. In some cases the treatment that they received for these ailments actually exacerbated their condition. So it has been a big issue.

I will just paraphrase the three main points of the report-and here I would like to acknowledge my fellow members on the committee, led in particular by the member for Shortland-that we need to have some recommendations to come out of this report. Basically, the three recommendations are that, as a society, as a country, we need to recognise the extent of this syndrome within our society. Maybe we can gather that information through the ABS from the next census. That is the first point. The second point is that we need to educate our medical practitioners that this is a real and very debilitating syndrome. So we need the medical colleges and the universities to put in some more work on this, and we also need to disseminate information through practising general practitioners. The third point is that we need to educate the wider public about this condition. If people are feeling lethargic, if they are having problems with movement or if they are having aches and pains, they may think back and ask whether there is polio in the family. The recommendation that the Medicare locals might be a vehicle for that is, I think, a good one.

This is a good report. I commend everyone involved in it. It will be presented to the Minister for Health. From the reports of people in Polio Australia who have been speaking to the bureaucracy in the Department of Health in recent days, I think we are already starting to see a more enlightened approach to this issue.

I will finish by saying that I am one of the lucky ones. I can still remember as a child in the mid-sixties being at primary school and lining up with the entire school to have our dose of the oral vaccine. Indeed, we are a privileged generation. I thoroughly endorse this discussion paper. I truly believe this is the beginning of a process and not the end and welcome this report.