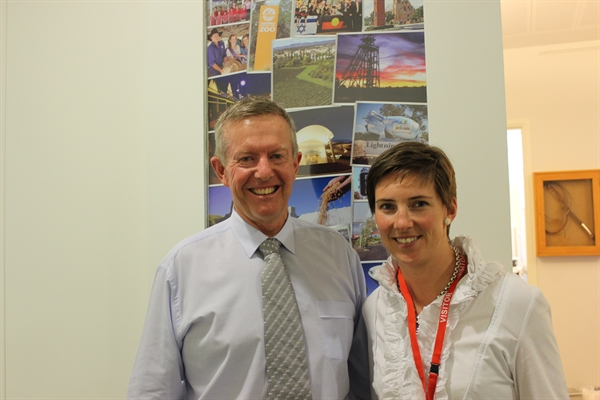 Ms Job was among 7 state finalists from across the country who gathered in Canberra for the presentation of the industry award.

Mr Coulton said that this was the first time a woman from New South Wales had been named the national winner.

“Pip has been a leader in her field, taking the Little River LandCare group to a high level of professionalism and innovation,” said Mr Coulton.

“The large crowd in the Great Hall of Parliament, made up of politicians, the Minister for Agriculture and industry leaders were all very impressed by Pip’s passion for her community and for the environment which was articulately expressed in her acceptance speech.”

“I wish Pip all the best with developing her project ‘Positive Farming Projects’. I know we will continue to see the benefits of Pip’s commitment to rural industries.”

“Applications for the 2015 Rural Women’s Award are now open and I encourage rural women to nominate themselves or someone they know with a commitment to making a difference in a rural industry.”

More information can be found at http://www.rirdc.gov.au/rural-women’s-award. Applications close October 31, 2014.