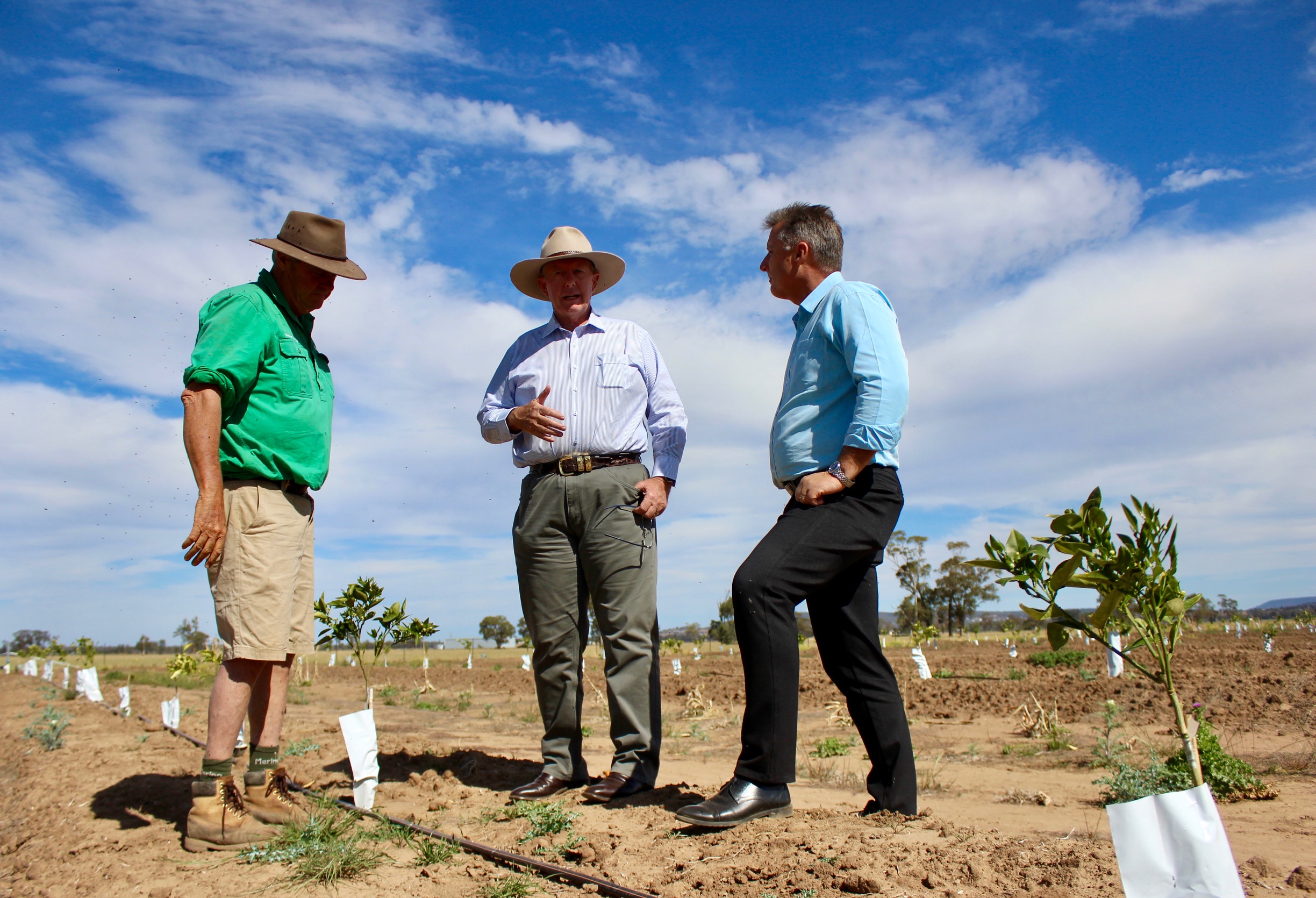 Federal Member for Parkes Mark Coulton is pleased the Coalition Government’s top-up of a popular water infrastructure scheme will support primary producers dealing with drought in his electorate.

“Eligible farmers in my electorate can apply through the Rural Assistance Authority (RAA) to take advantage of this rebate,” Mr Coulton said.

“This scheme enables eligible farmers to claim 25 per cent of their on-farm water infrastructure costs, up to $25,000. This rebate is available every financial year for the duration of this program.

“The dry times have been unrelenting but programs like this are helping farmers in my electorate with vital water infrastructure costs, such as pipes, water storages and water pumps, de-silting dams, and associated power supplies like generators.

“Now, horticultural farmers with permanent plantings in the Parkes electorate can also access the scheme.”

To view guidelines for the scheme or to apply online, visit: www.raa.nsw.gov.au/grants/emergency-water-infrastructure-rebate-scheme. Alternatively, the RAA is available on 1800 678 593 or by email rural.assist@raa.nsw.gov.au

• Part of the $50 million On-Farm Emergency Water Infrastructure Rebate Scheme.
• $13.2 million top up is available to all states.
• Eligible farmers can claim up to 25 per cent of expenses up to $25,000.
• Growers of permanent crops will be able to access rebates to install new groundwater bores or de-silt dams.
• More than 2100 farmers have received funding under the existing scheme that applies to livestock producers, which was announced in October 2018.