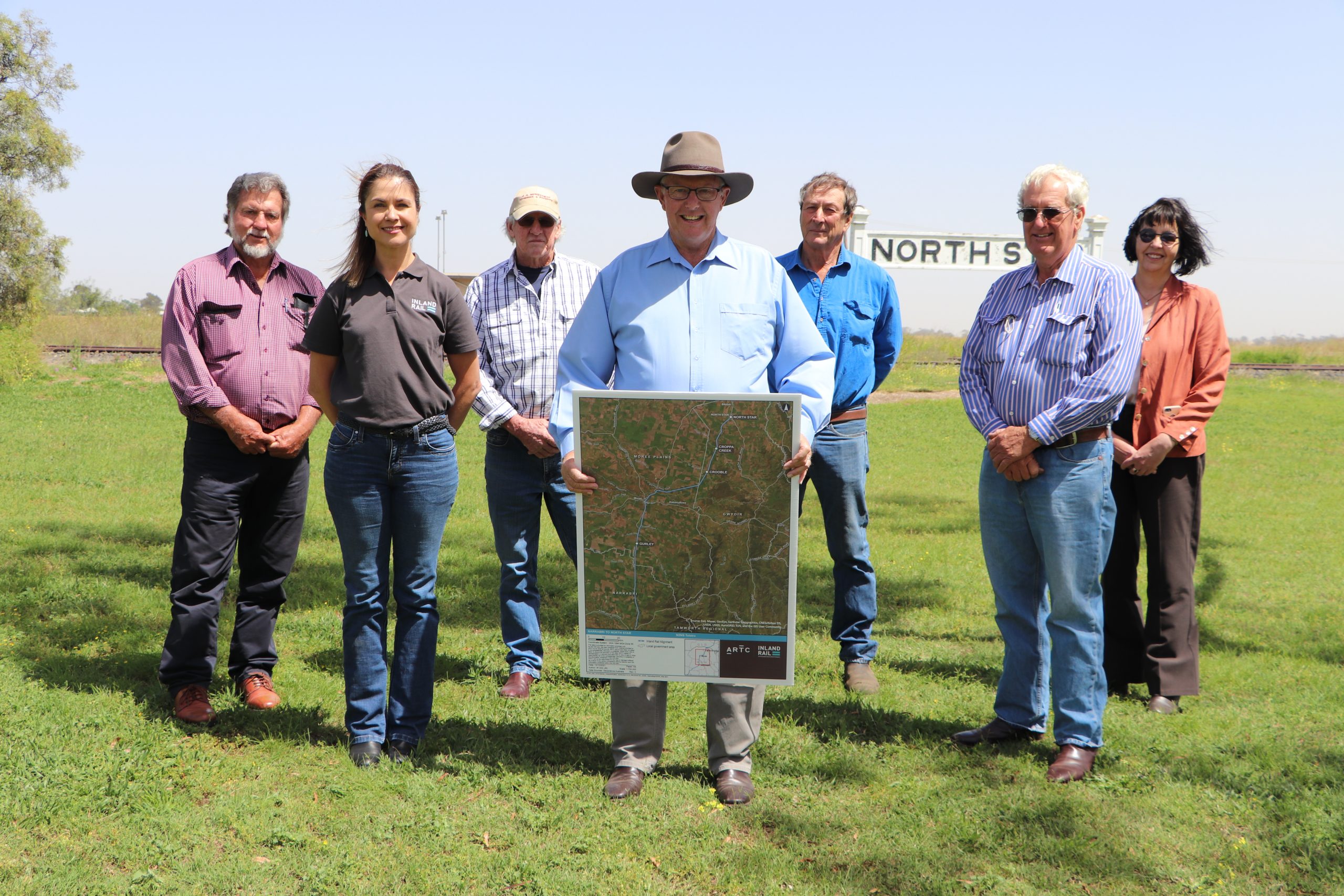 Residents of North West New South Wales will enjoy greater mobile phone coverage thanks to new and improved telecommunications infrastructure being delivered as part of the Narrabri to North Star section of Inland Rail.

Federal Member for Parkes Mark Coulton, who was onsite at North Star where a new radio base will be built, said there would be enhanced mobile telecommunications coverage along the Narrabri to North Star rail corridor and up to 10 to 15 kilometres either side of the alignment.

“Inland Rail will be the fast freight backbone that will transform how goods are moved around Australia, so it is absolutely critical that we ensure the track is set up for the best success in the way of infrastructure and mobile communications,” Mr Coulton said.

“In early 2021, I announced a feasibility study to confirm the site-specific technical approach, schedule and cost to improve mobile service within the North West and I’m now excited to make the findings of this study a reality.

“These upgrades, which are required for safe working systems and rail control once Inland Rail is operational, will also provide communities in the North West with ongoing benefits in the form of improved mobile coverage.”

ARTC Inland Rail Interim Chief Executive Rebecca Pickering said that ARTC is thrilled to work alongside Telstra to meet the operational needs of the Narrabri to North Star project.

“The Inland Rail project, from conceptualisation through to its delivery, has and will continue to generate jobs and bring an economic boost to our regional communities,” Ms Pickering said.

“We are committed to doing what we can to benefit communities beyond freight logistics and rail infrastructure – that includes providing additional opportunity for regional development.

“Extensive consultation confirmed that this is something which will greatly benefit the community – enhanced mobile telecommunications will improve the safety of farm operations where landowners interface with live rail lines and enables the community to have improved access to mobile phone coverage during the operations phases of Inland Rail.”

Telstra Regional General Manager Mike Marom said Telstra is delighted to work with ARTC to improve connectivity in the area.

“We’re absolutely committed to the people, communities and businesses of regional Australia and co-investment opportunities like this deliver powerful flow-on benefits for them,” Mr Marom said.

“Being able to run a business, browse, stream or chat in more places because of projects like this enables these communities to thrive.”

The mobile telecommunications enhancements will roll out over the following year with Telstra managing the ongoing operations and maintenance once the infrastructure has been delivered.

Gurley – upgrade to the existing base station