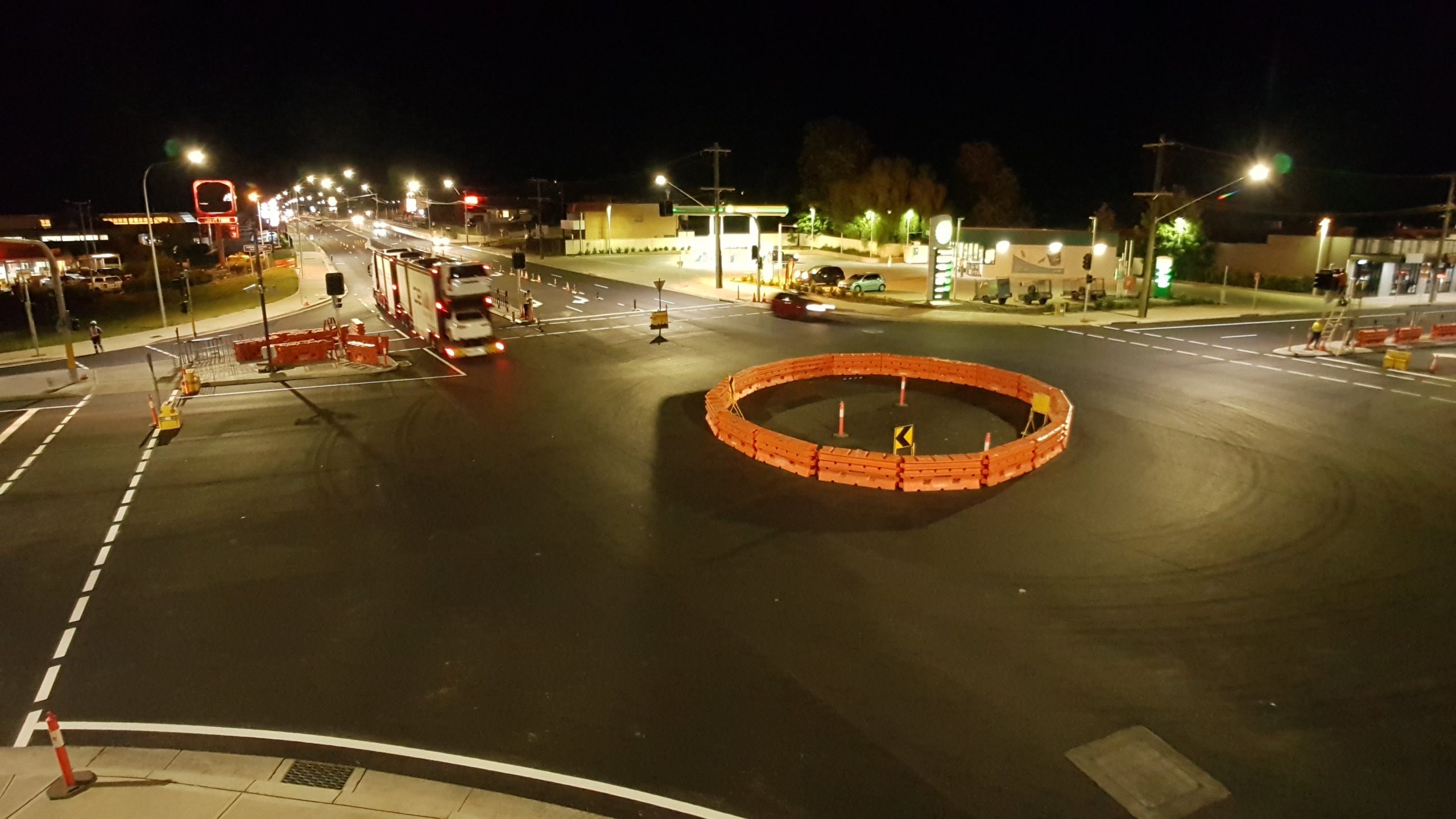 After 400 pairs of hands on the job, 20,000 tonnes of asphalt laid, and more than 21,000 tonnes of material excavated, the Newell and Mitchell highways intersection upgrade has hit a major milestone, with traffic lights being switched on later this week.

The Australian and New South Wales governments are jointly funding the $40 million upgrade to the four-lane intersection to improve road safety and improve efficiencies.

Deputy Prime Minister and Minister for Infrastructure, Transport and Regional Development Barnaby Joyce said this is just one of 13 projects the Australian Government is funding along the Toowoomba to Seymour corridor, under the Roads of Strategic Importance (ROSI) initiative – with a total of $300 million committed to upgrade the critical Newell Highway Corridor under this program.

“Adding lanes and significantly improving safety at such a busy intersection while motorists are still using it is a big job.

“We are grateful to the people of Dubbo, particularly the businesses surrounding the intersection for being so patient with construction crews during all stages of this work.”

New South Wales Deputy Premier and Minister for Regional Transport and Roads Paul Toole said on top of delivering safer, smoother journeys for road users, the project has also provided work for more than 400 people since worked kicked off in April 2020.

“This is just one of five projects the NSW Government is delivering as part of the $301.2 million Building a Better Dubbo program to cut down travel time, make roads safer and ease congestion in and around Dubbo,” Mr Toole said.

“The Newell-Mitchell highways intersection upgrade to replace the roundabout with traffic lights to better regulate traffic flow has seen an impressive 20,000 tonnes of asphalt laid on the job and more than 21,000 tonnes of material excavated, with more than 90 per cent of that recycled or reused within our road corridors.

“These projects will be absolute game changers for locals.”

Federal Member for Parkes Mark Coulton said while there is still some work to complete this project, switching on the lights is a major milestone.

“The temporary roundabout will be removed overnight before the traffic lights are switched on,” Mr Coulton said.

“Crews will continue installing some signs as well as completing landscaping, pedestrian fencing and line marking. Work to further improve traffic flow through this area by installing traffic lights at the Baird Street intersection with Newell Highway is also under way.”

State Member for Dubbo Dugald Saunders said the project had been funded jointly by the NSW and Australian governments for a total commitment of $40 million.

“This work will ensure better traffic flow for the local community and other motorists moving through this major intersection in the Central West,” Mr Saunders said.

“Road users now have additional merge and turning lanes – and safer turning paths for road trains up to 36.5 metres long – as well as a range of features including new footpaths, improved drainage, a shared bike path, traffic islands, medians and pedestrian fencing to clearly separate pedestrians from traffic lanes and keep them safe.”

Final work on this major project is expected to be completed in November.

More information on the Roads of Strategic Importance initiative is available at investment.infrastructure.gov.au/about/national-initiatives/roads-of-strategic-importance.aspx.