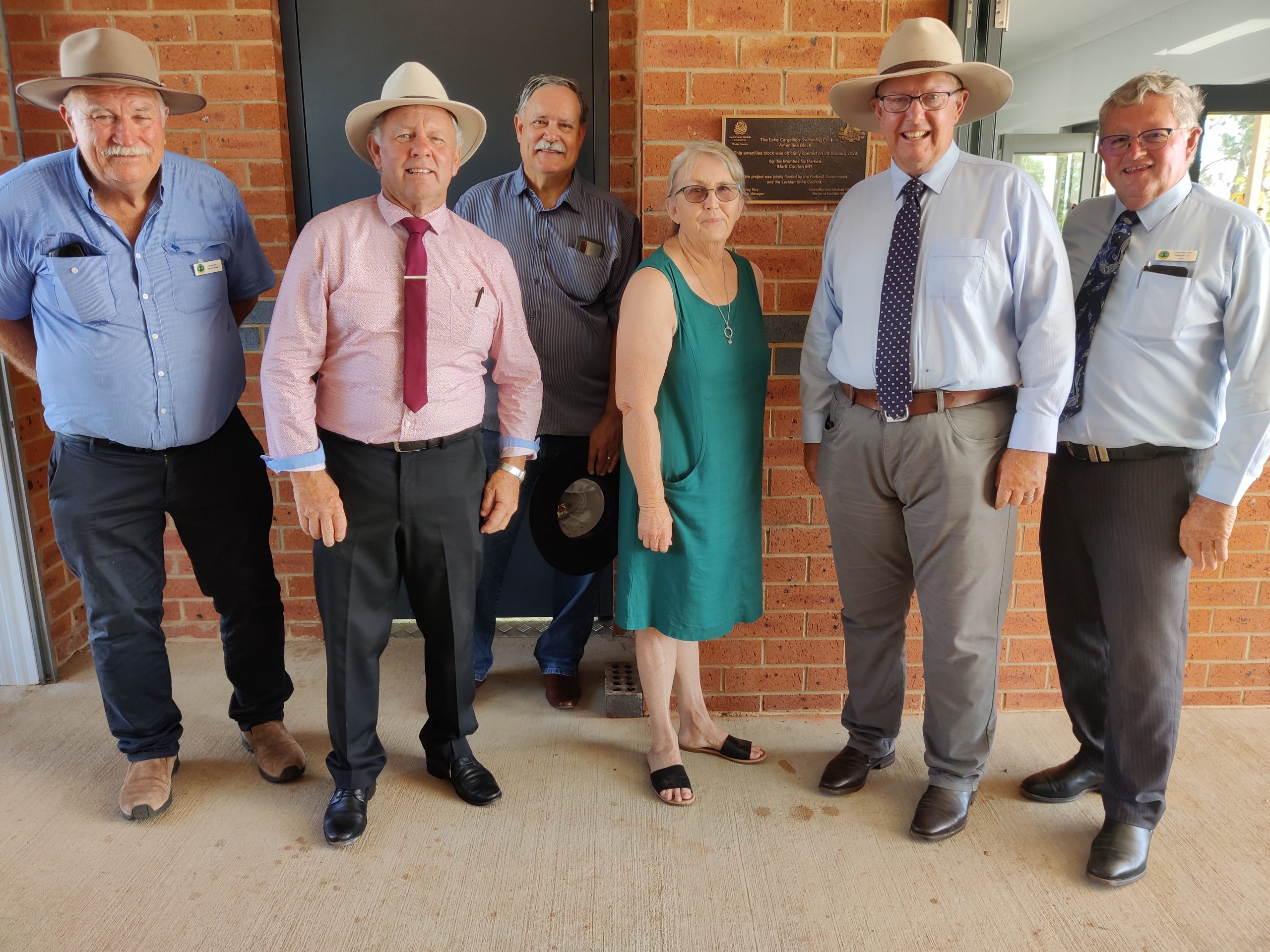 Lake Cargelligo locals are enjoying new and improved facilities at their local pool, with a $1.1 million upgrade now complete.

The Liberal and Nationals Government provided $825,000 toward the upgrades to the Lake Cargelligo Swimming Pool. A further $275,000 was provided by Lachlan Shire Council.

Mr Coulton said the project involved the demolition of the dilapidated old amenities building, which was replaced by a modern, low-maintenance facility that meets building, disability and public health standards.

“I’m thrilled to be here today, on Australia Day, to open this wonderful facility which will certainly make a difference for pool users,” Mr Coulton said.

“The local pool is a valuable community asset – it’s a meeting place for families and friends, a place to beat the heat during the hot summer months and provides the opportunity for all ages and abilities to swim and keep active.

“These upgraded facilities will not only make the Lake Cargelligo pool a more comfortable and enjoyable place to have a swim but will significantly reduce maintenance costs and increase operating revenue as more community members and visitors use the pool.

“This is a great example of two tiers of government working together for the betterment of the community.”

The project was funded under the Federal Government’s Building Better Regions Program, which supports economic and social infrastructure for the long-term benefit of regional communities.

“The Liberal and Nationals Government is continuing to work hard on behalf of Australians who call our regions home,” the Deputy Prime Minister said.

“Funding the infrastructure and services that regional and remote communities need for the future will help them rebound strongly from the COVID-19 pandemic.

“Our investment in new facilities at Lake Cargelligo’s local pool will ensure locals have somewhere to go during the warmer months, cool off and enjoy the company of friends and family.”

The project delivered an economic boost to the region, supporting 15 jobs during construction and providing economic opportunities for local businesses and suppliers. It has also created three ongoing positions to support the pool’s operations.

“The community has been watching this project become a reality over the past months, and it is a pleasure to stand here today with Lake Cargelligo residents to witness the official opening of this much-needed facility,” Cr Medcalf said.

“This is another fantastic project that has been delivered to our community through partnerships with government.

“The Federal Government has supported Council in rolling out a plethora of projects in recent years, and we thank them for their continued support of our Shire.”