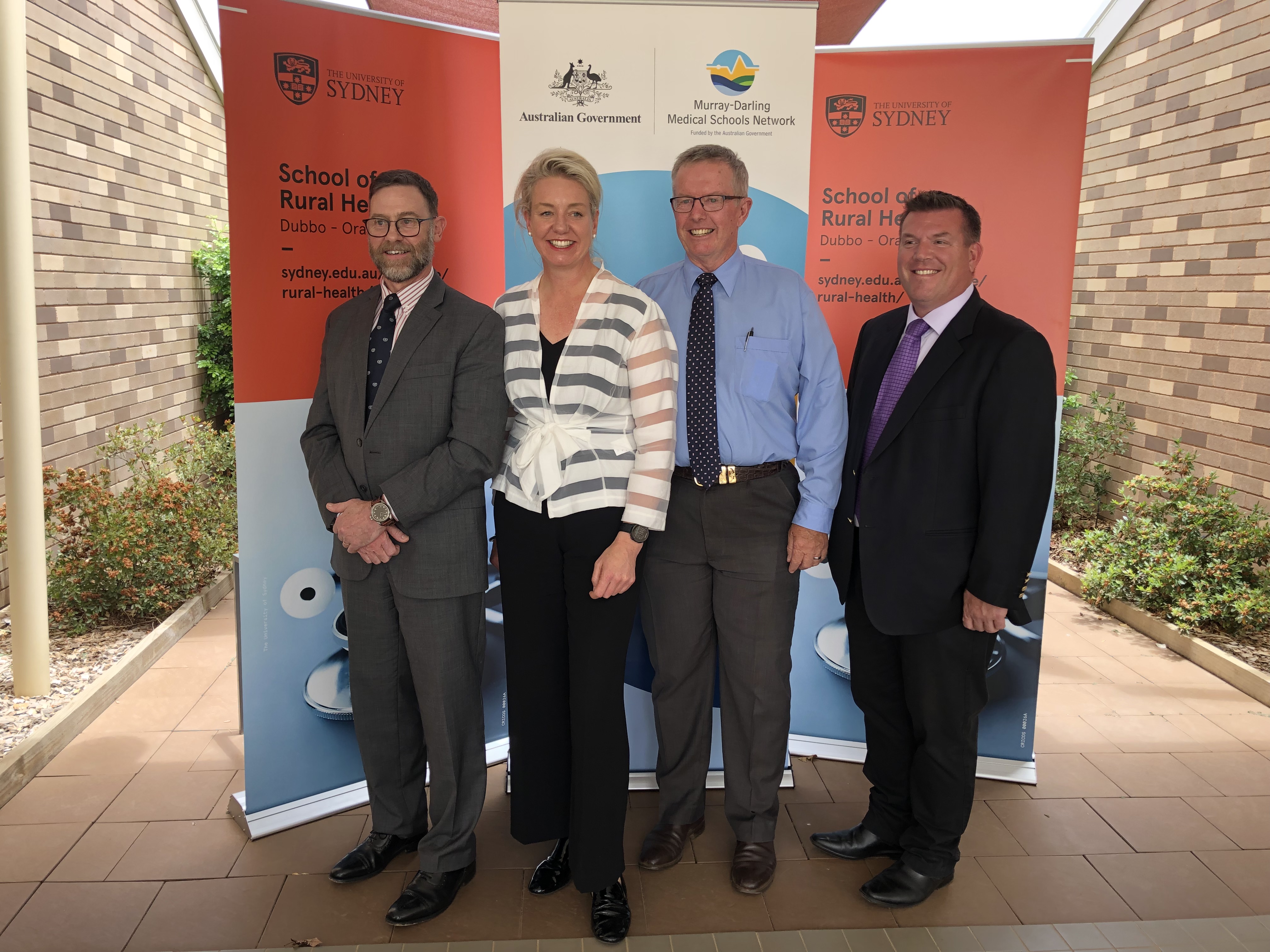 The School of Rural Health will receive $7.65 million to expand and transform the existing premises and construct a new building on adjacent vacant land, offering a wealth of advantages for country-based medical students.

Minister for Regional Services and Decentralisation Senator Hon. Bridget McKenzie said the Network addresses a common concern across rural and regional Australia – attracting and retaining doctors who understand local issues and concerns. Once all medical schools are operating, approximately 140 students will begin their medical studies across the Murray-Darling region each year.

“The current model of medical training will be turned on its head. The majority of training will happen in the regions and rotations to metropolitan areas for specialist experience kept to a minimum,” Minister McKenzie said.

“The Liberal & Nationals Government is determined to provide better access to medical practitioners for people living in our rural areas. This program will allow students in Dubbo and across the Central West and Orange regions to train within their local area.”

The Liberal & Nationals Government will provide $67 million to five leading universities with campuses in the Murray-Darling region of New South Wales and Victoria to support medical students who will begin studying from 2021.

Member for Parkes Mark Coulton said the funding will be instrumental in ensuring the School of Rural Health continues its critical role of attracting and retaining local doctors.

“A feature of the new school program will be a state-of-the-art anatomy and basic sciences facility, with linkages to other University of Sydney facilities,” Mr Coulton said.

“This will enable student residents in Dubbo to learn medicine in the same way as their counterparts studying at the University’s metropolitan campuses. It is exactly what the medical profession in Dubbo has been campaigning for.”

The Murray-Darling Medical Schools Network is part of the Government’s $550 million 2018-19 Budget investment in the Stronger Rural Health Strategy to improve access to health services for people living in regional, rural and remote areas of Australia.