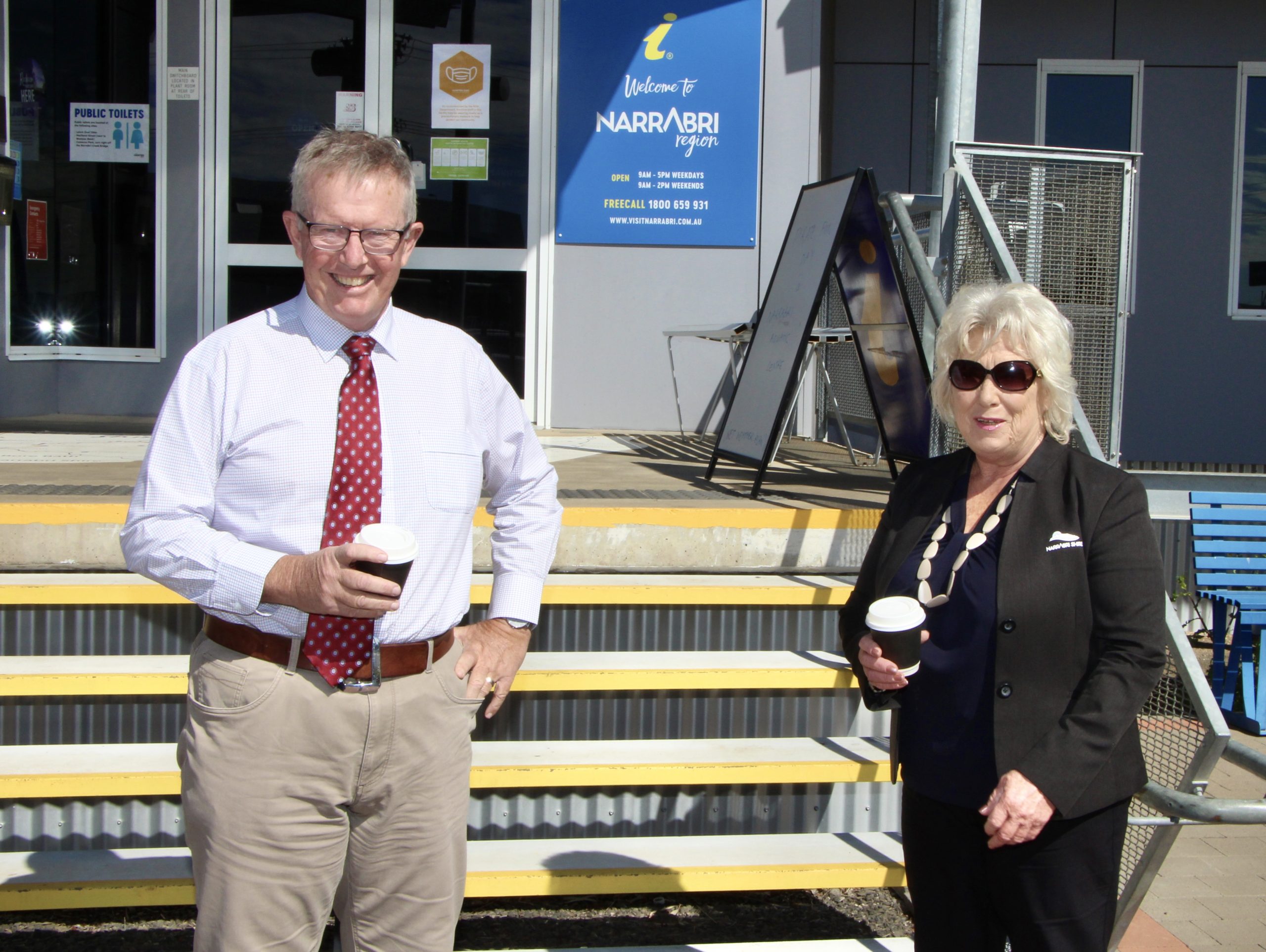 Photo Caption: Member for Parkes Mark Coulton and Narrabri Shire Council Mayor Cathy Redding enjoying a cuppa and a chat at the Narrabri Driver Reviver site, which will be bolstered with $20,000 in Federal Government grant funding for mobile signage.

Federal Member for Parkes Mark Coulton said the funding was fantastic news for the district, with many locals and visitors set to start travelling again once COVID-19 restrictions ease.

“These signs raise awareness of nearby rest facilities and importantly, they keep road safety at the front of drivers’ minds,” Mr Coulton said.

“Driver Reviver sites are a well-recognised feature during Aussie road trips, operating for 30 years to provide travellers with free beverages, snacks and conversation with a friendly local as they take a break.

“This is about keeping all our road users safe by tackling driver fatigue.”

Mr Coulton said the grant funding comes at an important time, with Driver Reviver sites set to start opening again as COVID-19 travel restrictions ease and more people get back on local roads.

“I encourage all motorists to stay vigilant on our roads and make use of these vital facilities to take the breaks they need to reach their destinations safely,” he said.

The Australian Government has provided funding for 34 Driver Reviver locations across New South Wales, Queensland, Victoria and Western Australia under the latest round.

“This funding from the Federal Government has allowed for the purchase of mobile variable board messaging signage that will alert travelling drivers of an upcoming Driver Reviver site,” Cr Redding said.

“We want to ensure those travelling through our Shire arrive at their destination safely and want them to be aware of our Driver Reviver location so they can stop in for a break, have a cuppa and continue on to their destination. This signage will greatly assist in getting the attention of travelling motorists.

“The boards being mobile is a massive benefit as they can be taken anywhere in the Shire to display important road safety messaging when the Driver Reviver locations aren’t operating outside of peak holiday periods.”

For more information on the Australian Government’s road safety initiatives, including the Office of Road Safety, visit www.officeofroadsafety.gov.au