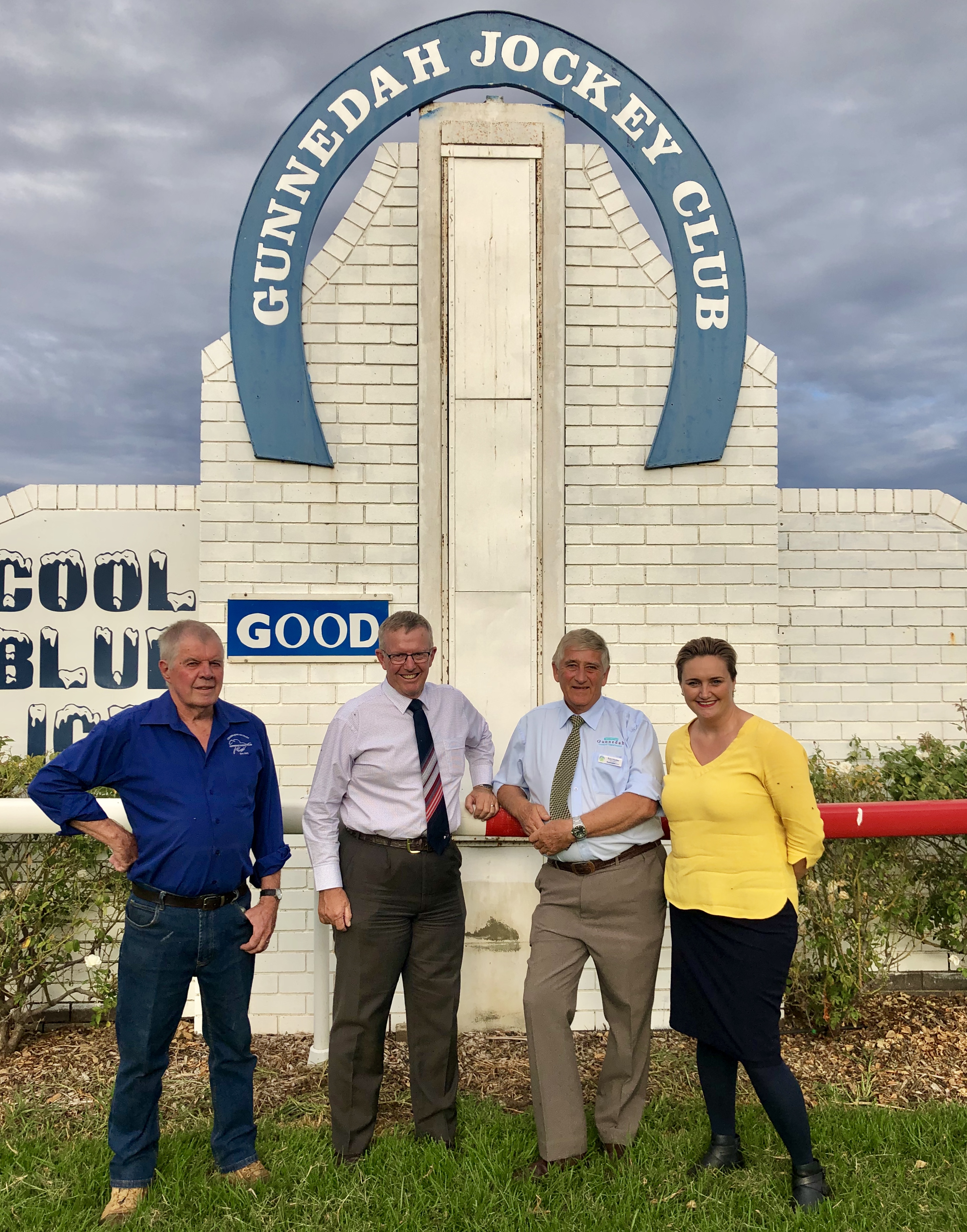 The Gunnedah Racecourse has a new lease on life, with an automated sprinkler system now in place thanks to funding under the Coalition Government’s Drought Communities Programme (DCP).

Gunnedah Shire Council has now received a total of $944,651 under the DCP, with a range of projects underway across the shire.

“I’m very pleased to see these fantastic improvements at the Gunnedah Racecourse, made possible with $81,330 under the DCP,” Member for Parkes Mark Coulton said.

“I’ve fought hard to secure DCP funding for every one of the councils in the Parkes electorate, as well as the Unincorporated Area.

“Gunnedah Shire Council has many exciting projects underway as a result of this funding, and it’s wonderful to see the enormous difference these grants are making to the community.

“These projects are already lifting community morale, and providing a boost to the local economy.”

“Thanks to the recent installation of an automated sprinkler system, the racecourse is looking the best it has in many years,” Cr Chaffey said.

“I’d like to thank our local Federal Member, Mark Coulton, and the Commonwealth for the Drought Communities Programme initiative. The Gunnedah Shire has seen many benefits as a result of funding awarded through the program – with the Gunnedah community and Jockey Club being a huge benefactor.”

A full list of Gunnedah Shire Council projects being funded under the DCP include:

The DCP was extended last year to provide support of $1 million each to all 18 councils in the Parkes electorate including Gunnedah, as well as the Unincorporated Area.

The DCP – Extension is targeted at projects that stimulate local community spending by using local resources, businesses, suppliers and workers, or provide long-lasting benefits for communities and agricultural industries.

Funding is available to eligible councils for local infrastructure projects and other drought-relief activities. Project funding is intended to provide short-term support, including by boosting local employment and procurement, and addressing social and community needs. For details on the DCP – Extension see https://www.business.gov.au/assistance/drought-communities-programme