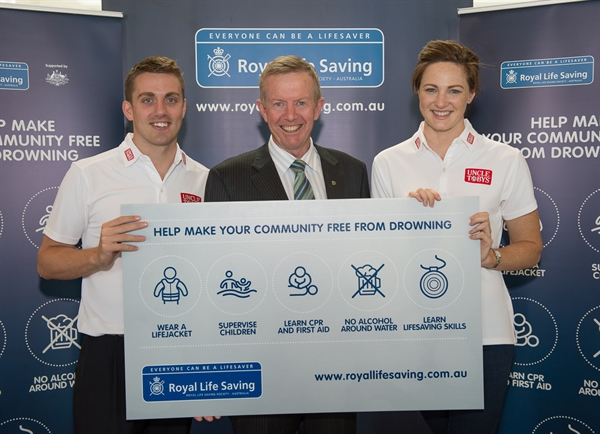 The Australian Government has stepped up efforts to reduce the number of drowning deaths with the latest statistics showing 266 Australians drowned in the last year.

Federal Member for Parkes, Mark Coulton, said the Royal Life Saving Society Drowning Report 2014 showed too many lives were being lost to drowning.

“The funding is part of a $15 million package to cut drowning deaths across the nation,” Mr Coulton said.

“This latest report shows that the number of drownings nationally has fallen in the past year from 295 in 2012-13 to 266, but this is still a terrible number and we must do more.

“Many of these deaths are preventable by following simple actions such as wearing a lifejacket or ensuring there is no alcohol around water activities.

“Everyone can be a lifesaver and there is good, practical advice available from the Royal Life Saving Society of Australia (www.royallifesaving.com.au),” Mr Coulton said.

The Royal Life Saving Society Drowning Report 2014 was launched at Parliament House by the Minister for Health and Minister for Sport Peter Dutton.

The $4 million funding announcement builds on more than $8 million a year invested in water safety through the Savings Lives in the Water Programme, including new education materials and resources for children from former Olympic swimming coach Laurie Lawrence launched earlier this month.

Mr Coulton attended the report’s launch and welcomed the funding for programmes to prevent more drownings.