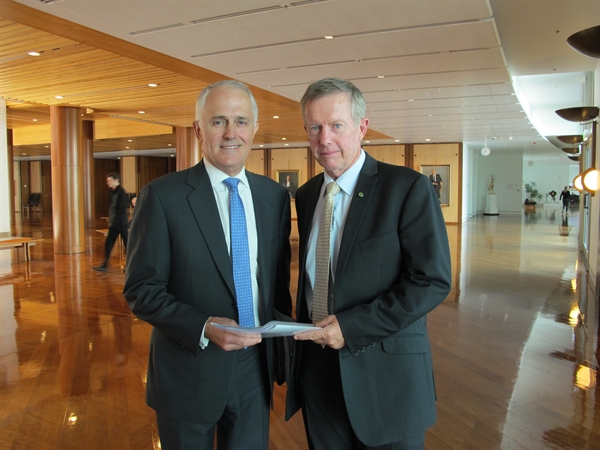 Around 2,700 premises in Dubbo are a step closer to getting access to the National Broadband Network, with build preparation on the fibre-to-the-premises network in the area now underway.

In coming weeks, contractors will be out in the streets, laying out fibre to connect premises in the months ahead.

Premises included in the construction sites released today are situated in the eastern suburbs of Dubbo.

The NBN will update its online maps in coming months to inform residents when the network will be ready for service.

The online maps are available at:

Federal Member for Parkes, Mark Coulton, said it was an important milestone for the area, with greater certainty for homes and businesses as they prepare for superfast broadband services.

“The message for Dubbo residents is clear  superfast broadband is on its way,” Mr Coulton said.

“It was a great disappointment to residents, under the previous Labor Government, that the rollout was continuously behind schedule leading to false expectations on the timing of the rollout of the NBN,” said Mr Coulton.

Since the election, the NBN has increased the reach of its fibre network by 73 per cent, now passing around 499,000 premises nationwide.

Total connections to the NBN’s various networks, including fixed wireless network and interim satellite service, have more than doubled since the election, with around 218,000 premises now receiving NBN services.

Communications Minister Malcolm Turnbull said the release of new sites for the commencement of construction was delivering on the Government’s promise to get the rollout back on track.

“When we came into Government, one of our chief priorities has been to get this rollout done sooner, cheaper for taxpayers and more affordably for consumers” Mr Turnbull said.

Mr Coulton said that rollout of fixed line services within the town will be complemented by fixed wireless services which are already active and available to residents in the area surrounding the town.

“I encourage residents to find out more about the rollout of the NBN at www.nbnco.com.au and to contact their service provider if they have concerns about the internet service they are currently receiving.”