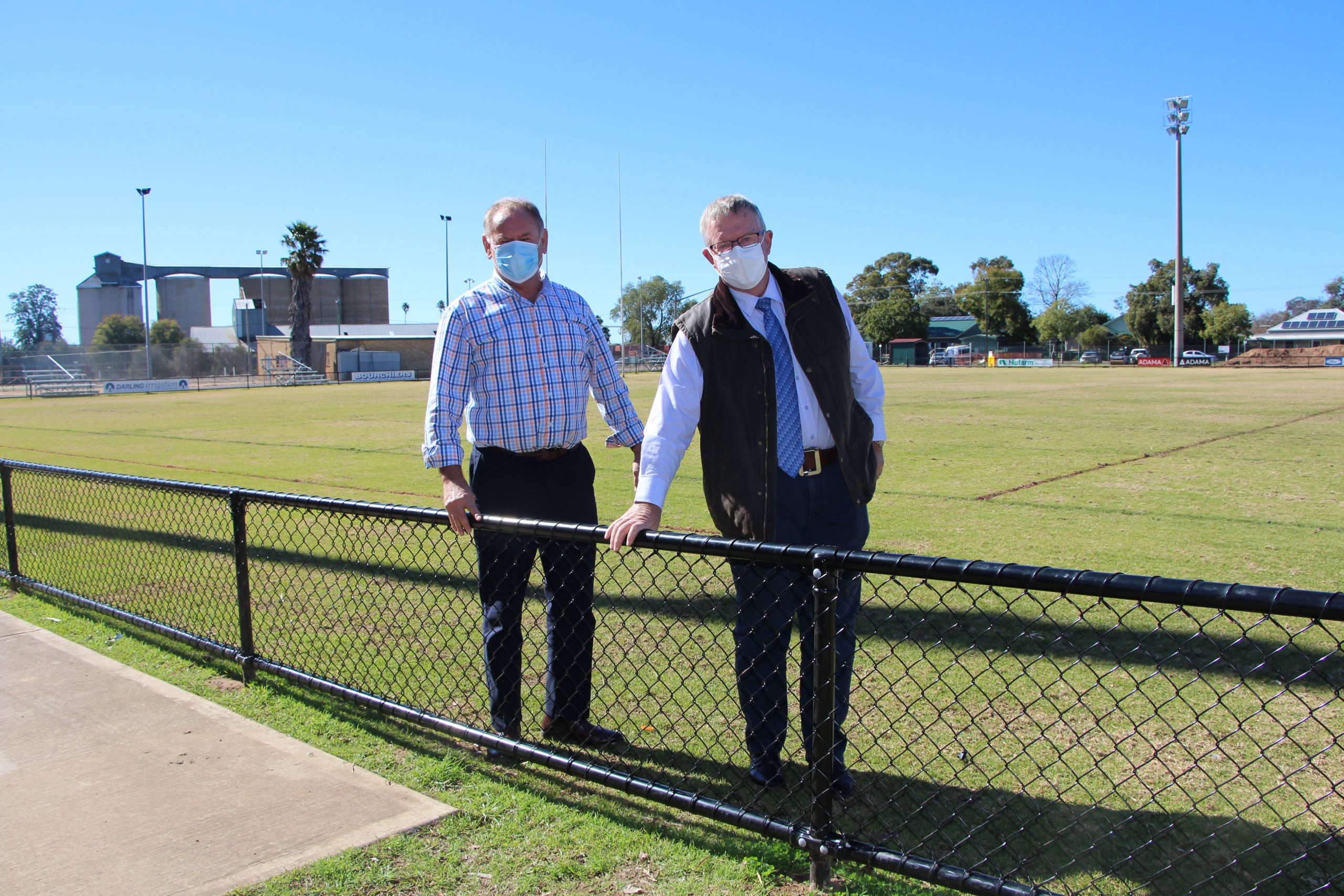 Upgrades to Narromine’s Cale Oval are among a number of projects currently rolling out across Narromine shire, thanks to a multi-million dollar Federal Government investment which is creating jobs and boosting the local economy.

“Narromine Shire Council received $909,690 under the first phase of the LRCI program and an additional $777,771 in Phase 2, so it’s fantastic to see a number of projects charging ahead using these funds,” Mr Coulton said.

“Cale Oval is home to many associated sporting clubs and has been the biggest beneficiary of this funding. This funding will ensure the facility is a premier sporting precinct for the Narromine community whilst maintaining its fantastic country atmosphere.

“This is exactly the type of work the Federal Government is pleased to support – to create local job opportunities, while delivering lasting benefits.

“The LRCI program has proven to be a huge success for our local communities, with councils able to use these funds for projects that they otherwise wouldn’t have the capacity to undertake.”

Local projects approved under Round 1 of the LRCI program include:

Narromine Shire Council Mayor Craig Davies said there is currently a significant amount of activity happening across the shire with council staff and contractors continuing to roll out these projects as part of the LRCI program.

“Whilst LRCI Phase 2 and 3 have all been committed to local roads projects across the Shire, this equates to an additional to $2.5 million which will be a huge boost to our economic growth.”

In the 2021–22 Budget, the Australian Government announced a $1 billion extension of the LRCI program, following strong community and local government support. This extension brings the total LRCI funding allocation for Narromine Shire Council to $3,506,841.