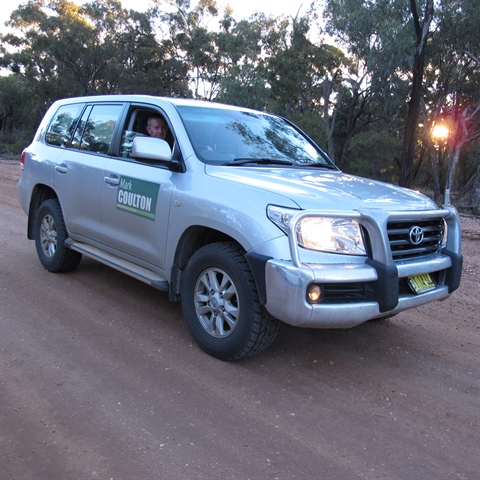 I would like to speak tonight on mobile phone coverage and, in particular, mobile phone black spots. It has been a great frustration to me in the 6½ years I have been a member in this place that up until now there has not been one cent spent on mobile phone black spots. I can still remember sitting in this place in 2008 while the then Labor government raided the $2½ million that had been put away for the regional telecommunications infrastructure program. The Labor government took that money and squandered it on $900 payments and other such things. They left my community languishing without any mobile phone coverage.

Mobile phone coverage is not a luxury. It is something that many people take for granted. Indeed, we are getting to be a two-class society for those who are missing out on being connected. I would like to mention a couple of locations in my electorate. The village of Goolma is a reasonably densely populated area on a major road between Mudgee, Dubbo and Wellington. It has absolutely no coverage at all. These people are in danger of not being able to get assistance with road accidents. There was a bushfire there last year and one of the brigade vice captains could not be contacted because the SMS alert that goes out does not work if you do not have mobile phone coverage.

The village of Wanaaring is at the other end of my electorate, 200 kilometres west of Bourke, where the electorates of Parkes and Farrer meet. There is no way a commercial case could ever be made to put up a tower at Wanaaring. But, tragically, a gentleman died there last year because he had no ability to call for help after he had had a turn and fallen off a windmill. We need to look at places such as that. During the Coonabarabran bushfires, in which 53 homes were burnt, not only could the brigade members not be contacted but many of the evacuation SMSs that went out were not received. Those messages went out on the Telstra network. Many of the people in Coonabarabran either did not have any mobile coverage at all or were on the Baradine Optus exchange, which did not carry the SMS alerts. Communications are now taken for granted. When people send out a text, they assume someone gets it. In many cases, they do not.

I was at Condobolin last week. There are coverage needs between Condobolin and the Tottenham area, which, Madam Speaker, you know so well. The machinery is now satellite guided and it is monitored remotely. It might be monitored in Wagga Wagga, in America or somewhere in Belgium. But, if that machine is operating in an area that does not have mobile coverage, the mechanics cannot make an assessment of what needs to be done because they need that signal. We have machinery worth hundreds of thousands of dollars that cannot be used because something as simple as mobile phone reception, which you would think you could take for granted, is not there.

There is help on the way, although I have to admit it is just a start. There is $100 million that has been set aside by the coalition for the Black Spot Programme. This will be a start towards some of these communities getting towers up. Another black spot is Copeton Dam. It is on the edge of my electorate, in the north-eastern corner, where my electorate meets that of the member for New England. At times such as long weekends, Christmas and Easter, there are close to 10,000 people at Copeton Dam. If there is an accident or an emergency on the dam, there is no way to call for help.

Mobile coverage is not a luxury. The discussion that we have been having in this place for the last few years about broadband, fibre-optic cable, fibre to the premises and so on is really irrelevant to people in these black spots. If they do not have a phone service, they become more and more isolated from the society that they live in.