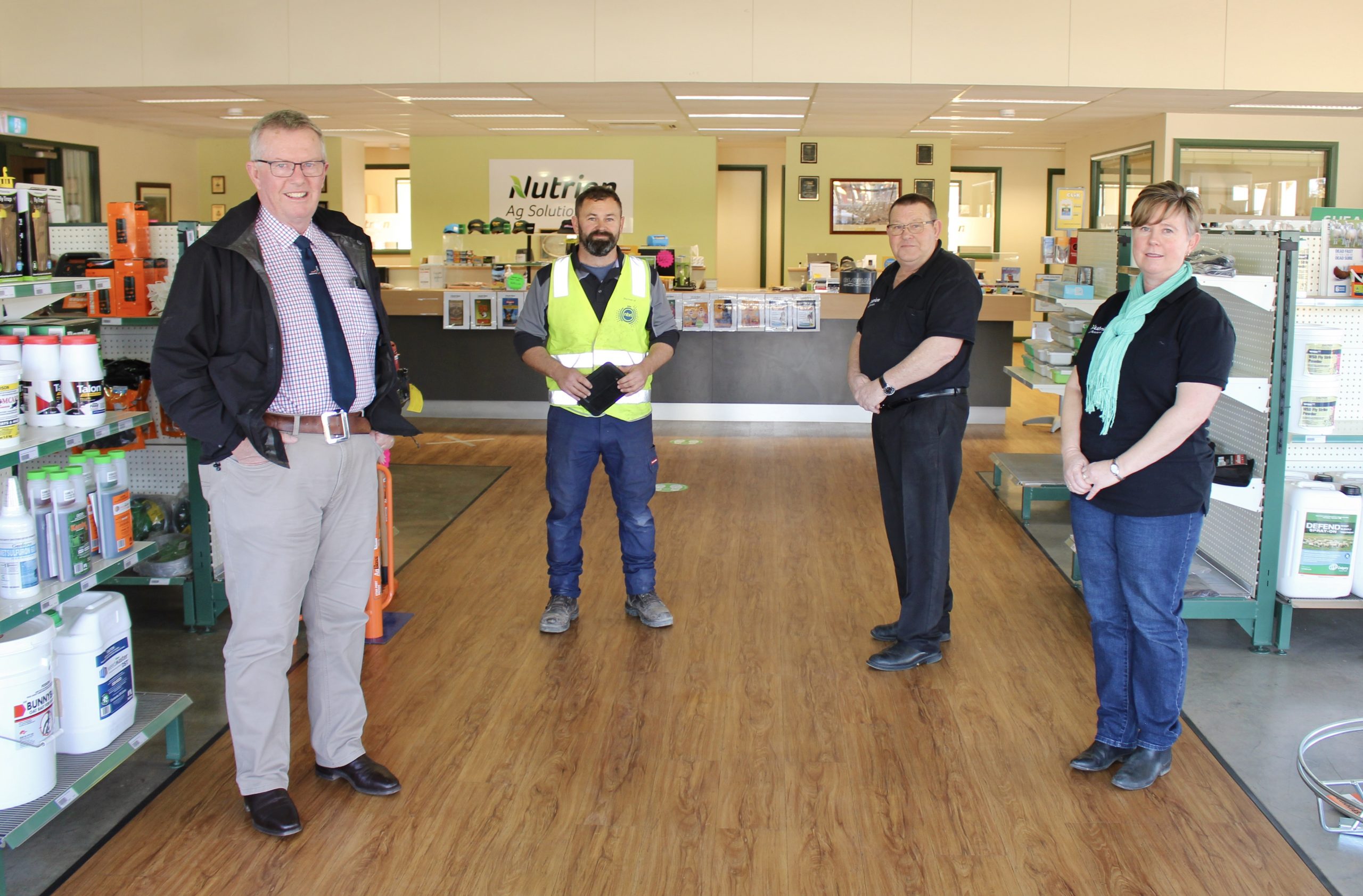 The National Broadband Network (NBN) volume build has officially been completed in the heritage city of Broken Hill, meaning local residents and businesses can now enjoy the benefits of improved connectivity.

Federal Member for Parkes and Minister for Regional Communications Mark Coulton was in Broken Hill today to see firsthand an NBN installation taking place at a local business.

“At a time when staying connected is more important than ever, residents of Broken Hill will now be able to access fast, reliable broadband on their fixed line NBN service,” Mr Coulton said.

“It’s terrific to be onsite at Nutrien Harcourts Broken Hill to see the NBN installation underway and hear about the benefits that improved connectivity will bring to this agricultural business.

“I’m also proud that this milestone marks the completion of the NBN build right across the Parkes electorate, which spans almost 400,000 square kilometres.”

Mr Coulton said the completion of the NBN build in Broken Hill was an impressive feat, given the many complexities posed by the area.

“Being a heritage-listed city, NBN Co required significant planning and approvals to deliver fixed line services to more than 11,000 premises in the area,” he said.

“I understand NBN Co encountered large quantities of sub-surface rock during the build, including quartzite which was tough to drill through, and lead contamination in the soil which had to be managed carefully during excavation and disposal.

“The understanding and cooperation shown by the Broken Hill community as this major build has been completed must also be acknowledged.

“I’m pleased that people right across my electorate can enjoy the benefits of fast, reliable broadband services.”

More than 85,000 premises in the Parkes electorate have access to an NBN service, with NBN Co working on a small number of remaining complex premises which will be ready to connect by the end of the year.