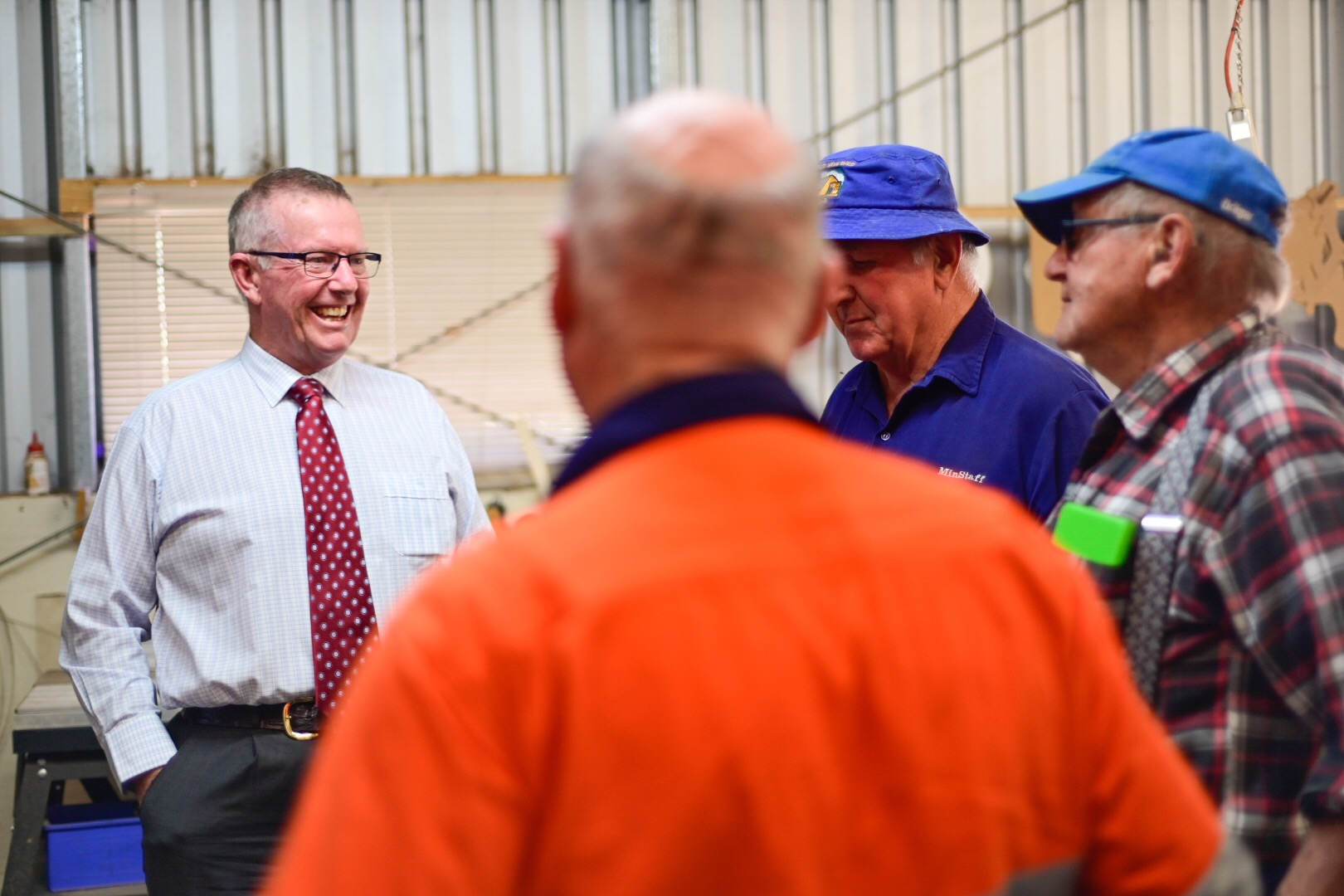 Photo Caption: Member for Parkes Mark Coulton has announced more than $30,000 in Federal Government funding has been awarded to Men’s Sheds in the Parkes electorate, including Copper City Men’s Shed in Cobar.

More than $30,000 in Federal Government funding has been awarded to Men’s Sheds in the Parkes electorate under the latest round of the National Shed Development Programme.

Federal Member for Parkes Mark Coulton said the grants range from $3,000 through to $8,000 and will be used by the Men’s Sheds to buy tools and equipment and fund shed improvements.

“I’ve long been a proud supporter of the Men’s Shed movement because Sheds play a vital role supporting the health and wellbeing of men in my electorate,” Mr Coulton said.

“In many parts of the bush, local Men’s Sheds are fast becoming one of the most important groups – one where members make important social connections and serve their community.

“Now more than ever, Men’s Sheds offer men a critical avenue for social support and engagement.”

More than 6,000 men across Australia are expected to benefit from the programme, with 121 Men’s Sheds receiving funding under the latest round.

The Government has been supporting Men’s Shed since 2013 through the National Shed Development programme.  Two grant rounds are available every year – for more information, visit www.health.gov.au/initiatives-and-programs/national-shed-development-programme-nsdp