Learning a 2nd language can be child’s play 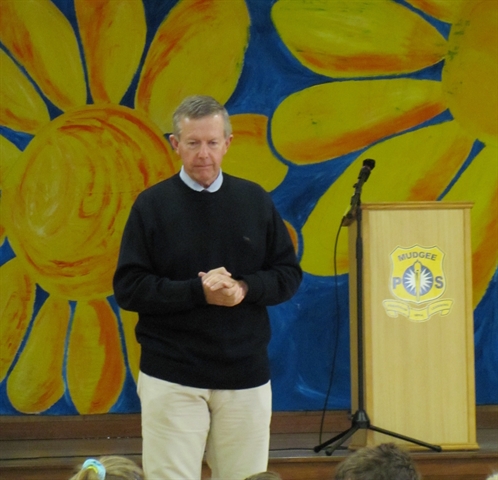 Federal Member for Parkes, Mark Coulton is encouraging interested local preschools in the Parkes Electorate to nominate for a place in the 2015 Early Learning Languages Australia trial.

Expressions of interest are now open for the $9.8 million trial at up to 40 preschools nationwide and Mr Coulton said he is “keen to see local centres take part”.

“This is a fun, easy and economical way to get our children interested in learning a second language early on in their education journey,” Mr Coulton said.

“It’s also a great way for us to promote inclusive communities, with the latest figures indicating about one in five Australians speak a language other than English at home.”

Proposed languages for the trial at this time include Chinese (Mandarin), Japanese, Indonesian, French and Arabic.

The Early Learning Languages Australia (ELLA) trial involves study through online foreign language software in preschools, via play-based apps on tablet devices and will be open to all preschools with a standard internet connection.

“This will particularly benefit regional, rural and remote communities in the Parkes Electorate, where technological advancements such as this are helping to ensure families in the bush get the same access to high-quality early education as their city counterparts.”

The ELLA trial is an election commitment and part of the Abbott Government’s longer-term vision for improved access to language studies throughout a child’s education.

Early childhood services have until 5pm (AEST) Monday 29 September 2014 to express their interest by visiting the official website:-