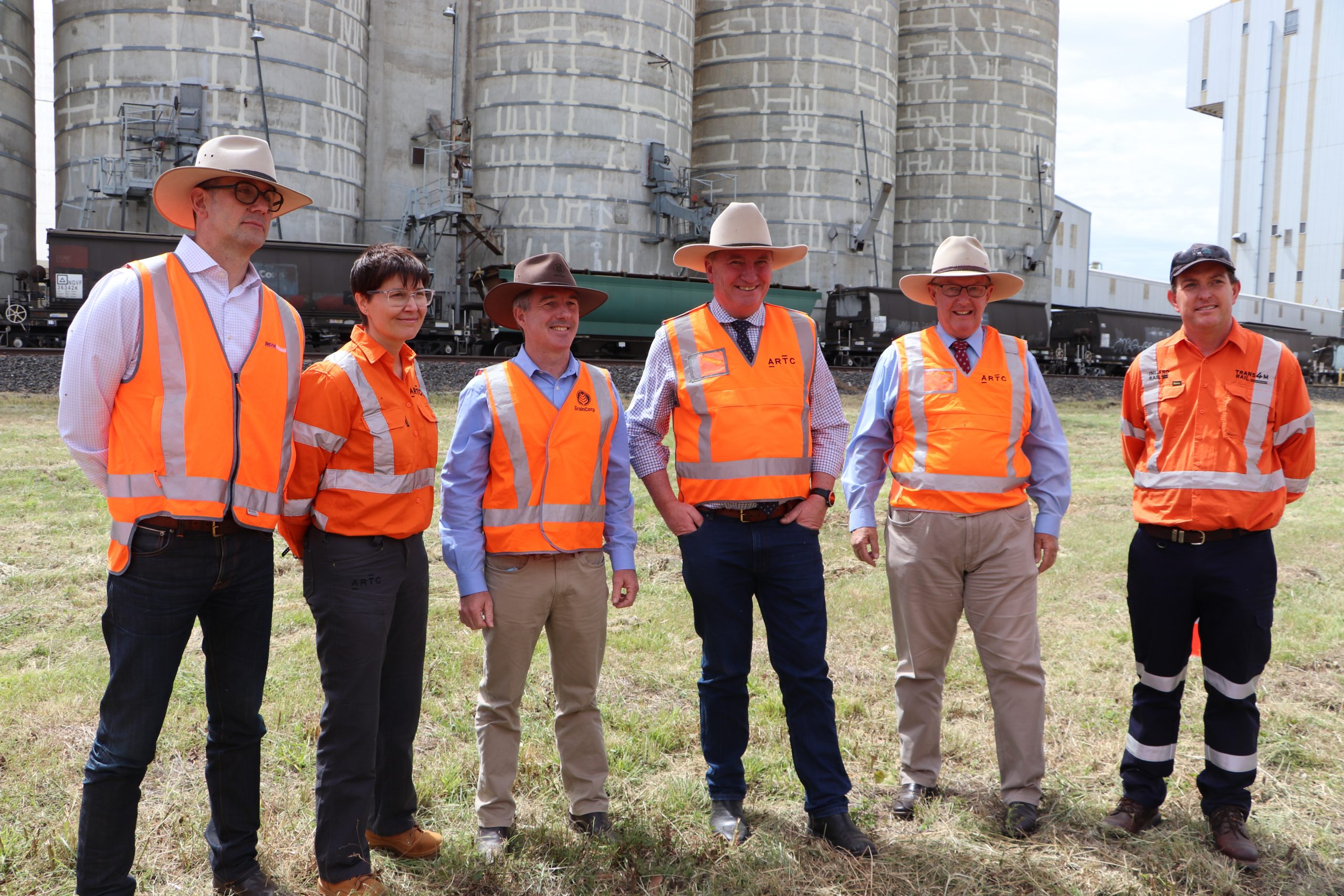 Farmers and producers in North West New South Wales will be able to take full advantage of the current strong agricultural export prices with a key section of the enhanced Inland Rail freight line open ahead of grain harvest season.

Upgrades to a 29-kilometre section of the Narrabri to North Star section of the track are now complete, on time and as promised to local growers and businesses.

Opening the rail line means that traders and packers such as GrainCorp, Arrow, CHS Broadbent and Louis Dreyfus can freight bulk grains from North West New South Wales for export through the Port of Newcastle and Port Botany – helping to realise Australia’s record growth in agricultural exports.

Acting Prime Minister and Minister for Infrastructure, Transport and Regional Development Barnaby Joyce said in a boost for the local industry, fully loaded trains are now departing from Moree.

“Inland Rail’s construction south of Moree has been carefully planned and accelerated to support grain movements during harvest season – allowing industry to move product and access markets while we build the corridor of commerce that can meet future freight demands,” the Acting Prime Minister said.

“The completion of prioritised work along the Narrabri to North Star section will ensure producers can get their products to market and make the most of these bumper prices.

“Higher prices for crops such as cotton, wheat, canola and barley are contributing to Australia’s record agricultural exports, which are forecast at $54.7 billion in 2021-22.”

Finance Minister Simon Birmingham said the completed track of the Narrabri and North Star section was demonstrating the major wins Inland Rail is delivering for regional producers and industry in New South Wales.

“With the completion of each section of track local producers will have access to Inland Rail’s enhanced capability that enables trains to carry longer and heavier loads,” Minister Birmingham said.

“This is bringing immediate and long-term benefits to New South Wales with the creation of new jobs and billions of dollars in stimulus to the state economy.

“Once complete, the Melbourne to Brisbane line will provide connection to a network of roads and rail that can increase the resilience of local supply chains and enhance capacity for regional businesses to access new markets for generations to come.”

“We’ve seen a real boost to businesses in and around Moree, where more than $32 million has been spent with 116 local businesses supplying and servicing the build,” Mr Coulton said.

“More than 700 people have worked on the construction of Inland Rail between Narrabri and North Star since September 2020 and this has meant a steady flow of customers at local cafes and shops.

“Inland Rail has delivered immediate benefits to the region, including jobs for the 212 local residents who have worked on construction. With sections of Inland Rail now becoming operational, our industries can start to capture the operational efficiencies that come from the fast freight rail line.”

ARTC is continuing the work to deliver the Narrabri to North Star Phase one project with its contracting partners, north and south of the active section of track.

In the next stage, between Camurra and North Star, construction is underway as stripping of the old track continues, along with earthworks, lime stabilisation and rail bridge demolition and construction works.

For information on Inland Rail’s construction and progress visit www.InlandRail.gov.au