Infrastructure Vital for the Future of North West 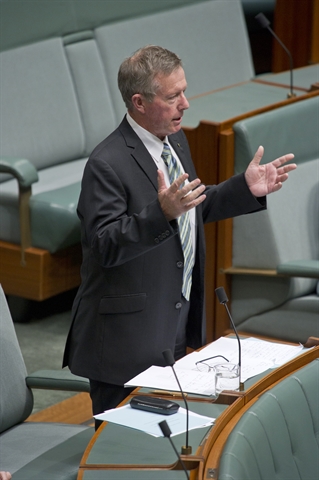 Federal Member for Parkes, Mark Coulton, spoke last week in the Australian Parliament about the importance of infrastructure to communities in North West New South Wales.

“The upgrade of Mosquito Creek Road, which goes to a large quarry, is of benefit to not only the businesses that operate out of the quarry but the safety of the general community.”

“The sealing of this road will enable road train access to the quarry, cut down the number of truck movements, reduce dust and increase safety,” said Mr Coulton.

“This is just one example of where infrastructure spending improves not only productivity but also safety.”

Mr Coulton said that the Melbourne to Brisbane Inland Rail would also have an important part to play in the future of Australia’s freight task.

“Former infrastructure minister in the Howard government, John Anderson, was appointed head of the Inland Rail implementation committee. He will shortly be presenting the current Minister, Warren Truss with an initial report after significant consultation with communities, freight companies, transport and Local Government.”

“We are getting on with the job of rolling out infrastructure to boost our productivity and improve safety.”