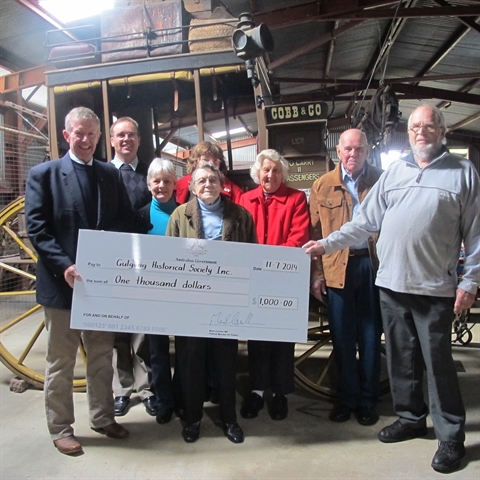 Federal Member for Parkes, Mark Coulton has announced that the Gulgong Historical Society will be the receive $1000 through the Federal Government’s ANZAC Centenary Local Grants Program.

Mr Coulton congratulated the Historical society on the work that they had done in submitting their application.

“The funding will be used to install a secure cabinet in the Gulgong Pioneers’ museum to display First World War memorabilia,” said Mr Coulton.

Mr Coulton said that remembering the sacrifice made by local men and women during the First World War is still important to communities in regional Australia.

“Soldiers travelled from country towns, like Gulgong, to the other side of the world to fight for our country. It is right that we remember the contribution they made to our nation.”

“Projects like this one at the Pioneers’ Museum are an indication of the deep and sincere respect that Australians have for the sacrifices that have been made in the past.”