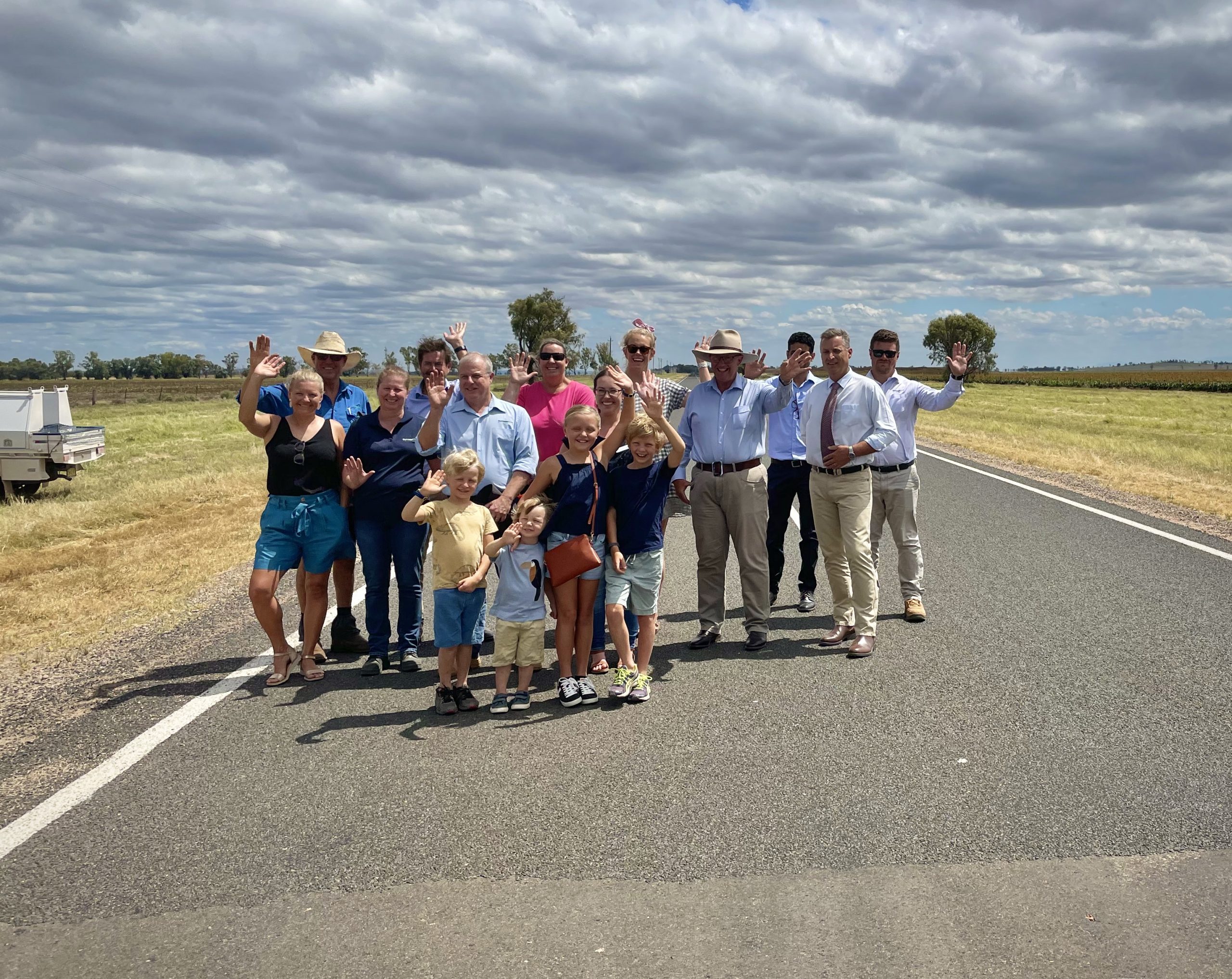 Safer, smoother journeys are on the cards for freight operators and motorists travelling in the North West, with the completion of works on the Grain Valley Road upgrade between Mullaley and Boggabri.

The 17.7 kilometre upgrade means road trains can now access the north-south link between the Oxley and Kamilaroi Highways.

Deputy Prime Minister and Minister for Infrastructure, Transport and Regional Development Michael McCormack said the Grain Valley Road was a key piece of the region’s freight task and solidifying its future would ensure prosperity for the North West Slopes for years to come.

“This program invests in vital projects across Australia, such as this, because they support our freight operators and the many businesses that rely on them by improving the safety and productivity of these key routes,” the Deputy Prime Minister said.

“This is all part of our record $110 billion nationwide infrastructure investment program, which will continue to lay the foundations for economic recovery following the COVID-19 pandemic.”

“With the amount of freight moved across NSW expected to increase by 12 percent to 286 million tonnes by 2036, we are investing in infrastructure that makes a real difference for generations to come,” Mr Toole said.

“Through our Fixing Country Roads program, projects like these have unlocked regional job opportunities in construction, while providing upgraded freight routes to save time and deliver smoother, safer and more efficient bridges and roads.”

Federal Member for Parkes and Minister for Regional Health, Regional Communications and Local Government Mark Coulton said the project’s completion marked an important milestone for members of the local community who had worked hard with governments to secure the funding.

“The Grain Valley Road upgrade is a major win for the local community and a credit to the hard work and foresight from all levels of government to get this project off the ground,” Mr Coulton said.

“This project has delivered wider roads and culverts, allowing road trains to utilise this important north-south link between the Oxley and Kamilaroi Highways, as part of the Wellington-Narrabri inter-regional corridor.”

State Member for Tamworth Kevin Anderson said the project was a great example of all three tiers of government working together to deliver for the community, with Gunnedah Shire Council carrying out the project.

“Not only will the project deliver quicker and safer journeys for motorists, but it’s also created 12 local jobs during a challenging time when they’re needed most in the local community,” Mr Anderson said.

“On top of that, we’re also seeing reductions in vehicle maintenance and operating costs, which Gunnedah Shire Council measures to be in the millions of dollars – another huge win for freight operators right across the region.”

Gunnedah Shire Council’s Chief Engineer Daniel Noble said the works have enabled multiple local contractors to be engaged, who otherwise would likely have been impacted by worst drought in living memory.

“The project has been well received by residents around the Mullaley locality and has been a positive sign of Council continuing their extensive program of works despite the challenges of drought and COVID-19,” Mr Noble said.

For more information go to https://www.transport.nsw.gov.au/operations/freight-hub