Free-flowing fish on the Lower Darling 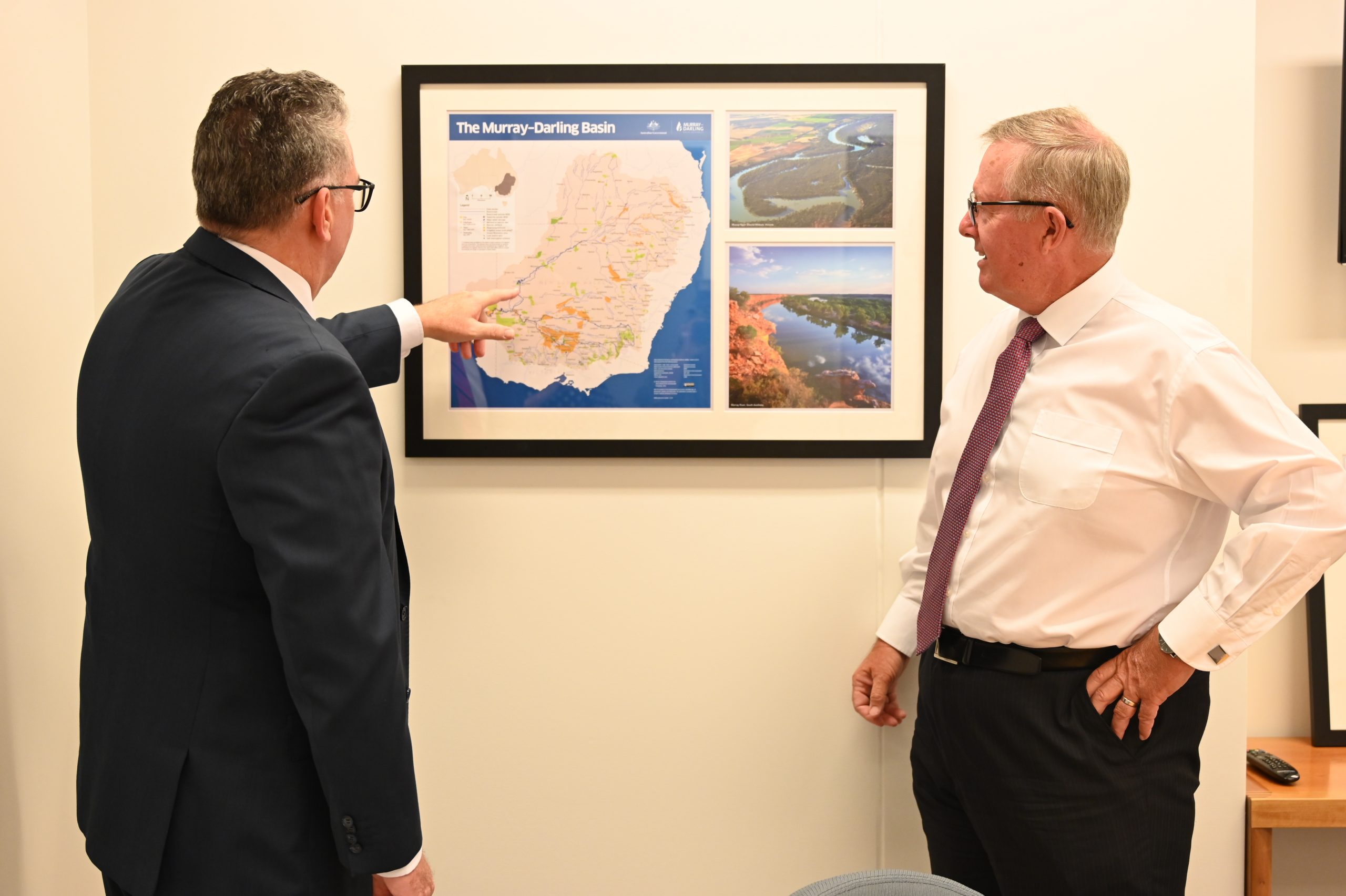 Photo: Minister for Resources, Water and Northern Australia Keith Pitt and Federal Member for Parkes Mark Coulton inspect a map of the Murray-Darling Basin, looking at where the Lower Darling Fish Passage Program will run.

“We know that as a sign of healthier river systems native fish species will more readily reproduce and survive different stages of their life-cycle when they have greater ability to move freely to a variety of aquatic environments,” Minister Pitt said.

“The mighty Murray cod and golden perch may have to migrate over 1000 kilometres during their lifespan.

“We are committed to helping them thrive on their way by partnering with our counterparts in New South Wales to deliver really practical projects to expand river connectivity for fish populations, benefitting local communities and the natural environment for years to come.”

The Lower Darling Fish Passage Program incorporates key findings from the Independent Assessment of the 2018-19 fish deaths in the Lower Darling and includes funding to refurbish critical fishways infrastructure at Weir 32, Pooncarie weir and Burtundy weir.

The program is part of the Australian Government’s response to the 2018-19 fish deaths which included funding for research, fish hatcheries, fencing of riverbanks and for metering and river monitoring.

Federal Member for Parkes and Minister for Regional Health, Regional Communications and Local Government Mark Coulton welcomed the funding, signalling that a comprehensive community consultation and stakeholder engagement process would be undertaken over the coming months.

“This is a great example of an environmental program that has the capacity to bring the whole community together for the benefit of our under-water friends,” Mr Coulton said.

“We will be actively engaging with Indigenous groups, local landholders and recreational fishing groups to ensure the upgrades are inclusive and effective.”