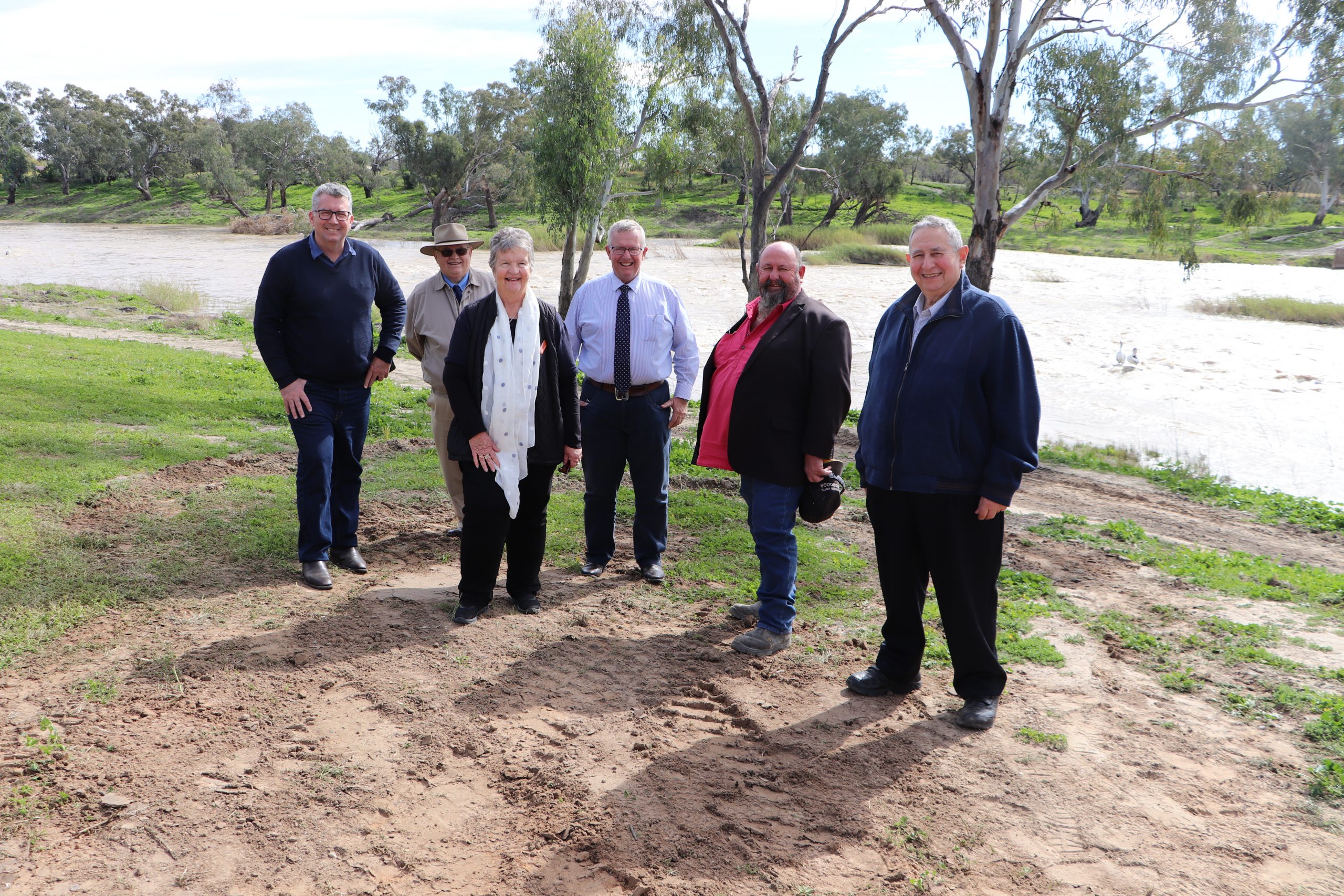 A lookout and river walk will be constructed to enhance the popular Brewarrina Aboriginal Fish Traps and increase tourism to the area, thanks to a $920,000 Federal Government grant.

The Brewarrina Aboriginal Fish Traps Lookout and River Walk is one of 16 local projects awarded a grant under the third round of the Coalition Government’s Economic Development Program.

Mr Coulton said the $920,000 grant to construct a 2.4 kilometre path and a suspended lookout adjacent to the fish traps will provide a significant boost to the popular tourist attraction.

“Nearly half a kilometre in length, the Brewarrina Aboriginal Fish Traps are the largest known in Australia and were an ingenious invention long used by the local Ngemba people and surrounding Aboriginal Tribes to catch fish in the Barwon River,” Mr Coulton said.

“The traps are a major tourist attraction for the town and provide much-needed economic stimulus for local businesses.

“These upgrades will only enhance this attraction, bringing more people to town and creating further economic activity.

“Each of the projects that have been successful so far under Round 3 will help communities by using local suppliers and resources as well as through local knowledge to drive the best outcomes for our region.”

The suspended pedestrian lookout will be built to hold a capacity of 50 people, while the 2.4km path will complete the Brewarrina River Walk, connecting the National Heritage-listed fish traps with camping reserves along the river and the Brewarrina Ochre Beds.

Brewarrina Shire Council Mayor Phillip O’Connor thanked the Federal Government for the funding and said the walkway will also include new visitor signage, and links in with other council projects like the outdoor gym.

“These upgrades will encourage visitors to stay longer and create more awareness of what Brewarrina has to offer, hopefully adding to the chance of the fish traps gaining world heritage listing, which is long overdue,” Cr O’Connor said.

“The development will be carried out with minimal excavation and disturbance to such a sensitive place and will be done by local contractors.

“This will help our community to manage current and future economic challenges, with increasing opportunities for employment.”

Minister Pitt said the Economic Development Program recognises that local communities know how best to tackle the challenges they face, and what kinds of activity would support people in their own areas.

“It was great to day to be able to get out on the ground and see firsthand how these economic grants will be able to improve communities like Brewarrina for the better,” Minister Pitt said.

“The Brewarrina Aboriginal Fish Traps Lookout and River Walk is a perfect example of a project that will create new jobs, increase the capacity of communities like Brewarrina by diversifying and strengthening the local economy.

“Across the Basin, people have been dealing with the biggest water reform in Australia’s history along with drought, demographic change and commodity price change.

“This funding recognises the pressures that many people in the Basin’s rural and regional communities are under, and seeks to create new economic activity and job opportunities for impacted communities.”

Close to $39 million of funding has already been approved under Rounds 1 and 2 of the program for a huge array of activities-throughout Murray-Darling Basin communities.