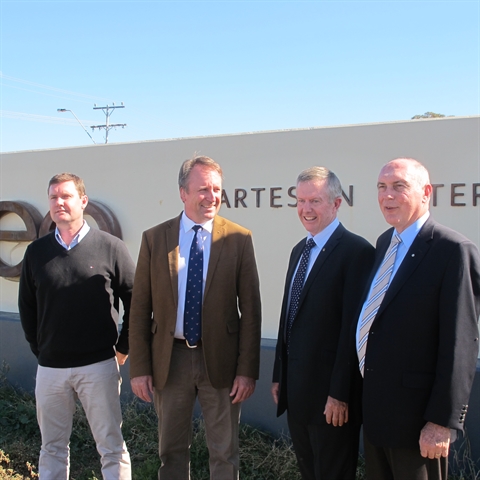 ROADS in Moree will soon be safer for local motorists, with work starting this week on the final stage of the bypass.

Deputy Prime Minister and Minister for Infrastructure and Regional Development Warren Truss said the fully Australian Government-funded first stage of the Moree Bypass had returned the town centre roads to locals, and the second stage would repeat that success on the approach to town.

“The Newell Highway is the main inland route between Victoria and Queensland, so finishing the bypass will improve travel times for freight on the highway, and clear even more traffic from the town area,” Mr Truss said.

NSW Minister for Roads and Freight Duncan Gay said the bypass would mean more than 1,600 heavy vehicles will no longer enter Moree on a daily basis.

“With work starting this week, we expect to have trucks permanently off Moree’s streets in early 2016, weather permitting, which is great news for the local community,” Mr Gay said.

Federal Member for Parkes Mark Coulton said the final 1.8 kilometre section of the bypass will run parallel to Gosport Street, between Bullus Drive and the Gwydir Highway, known locally as Alice Street.

“The bypass will remove trucks from the South Frome Street commercial area, which will significantly improve safety for local motorists and pedestrians,” Mr Coulton said.

Member for Barwon Kevin Humphries said the Australian and NSW governments have each committed $15 million to construction of the final stage of the Moree bypass.

“The bypass is a prime example of the Australian and New South Wales Governments working together to build vital infrastructure in country regions that had previously been neglected,” Mr Humphries said.