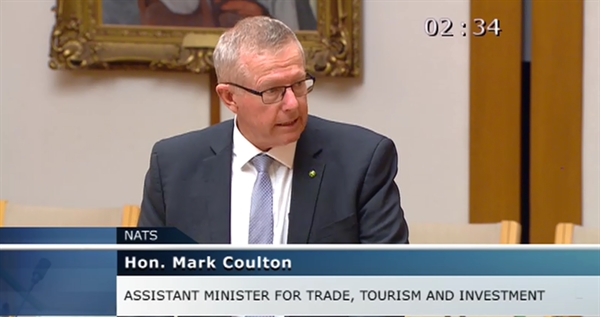 Marcus Wilson joined the Australian Army in 1988 and was discharged in 2002, having served as both a gunner and a medic. He was deployed in Bougainville, Papua New Guinea, and in 1998 he was awarded the Nursing Service Cross there. In 2000, Mr Wilson was part of the Joint Incident Response Unit working to secure the Sydney Olympic Games. But, since suffering numerous musculoskeletal injuries and a damaged spinal cord, Mr Wilson says sport has quickly become part of his rehabilitation.

Marcus Wilson said: “Before putting my hand up for the Invictus Games, it was easier to stay at home and not exercise or socialise, which isn't a healthy strategy for anyone.” Up until now he claims that his greatest achievement has been being awarded the Bravery Medal. In Kabul in Afghanistan Mr Wilson helped rescue five passengers from a crashed helicopter. He was awarded the Bravery Medal for doing that. The thoughts and wishes of the people of far west New South Wales will be going with Marcus Wilson next month when he represents Australia at this very important event.

While I'm speaking about the Invictus Games, the founder and patron of the Invictus Games, Prince Harry, will be in Australia for the Invictus Games. He will be here with his wife, Meghan. I'm pleased to say that they will be visiting Dubbo. I'm very pleased that the only inland centre that the royal couple will be visiting is Dubbo. There are various reasons why this is an excellent choice. Dubbo is a thriving city. It's the capital of western New South Wales. It has a vibrant education sector. It is the service centre for a large agricultural region. It undertakes internationally-acclaimed conservation work through the Taronga Western Plains Zoo.

Dubbo is a wonderful example of a thriving community in western New South Wales. At the moment it has been hugely affected by drought. The city of Dubbo and its surrounds are in the grips of a drought, but I'm sure a visit by Prince Harry and his wife will be much appreciated.