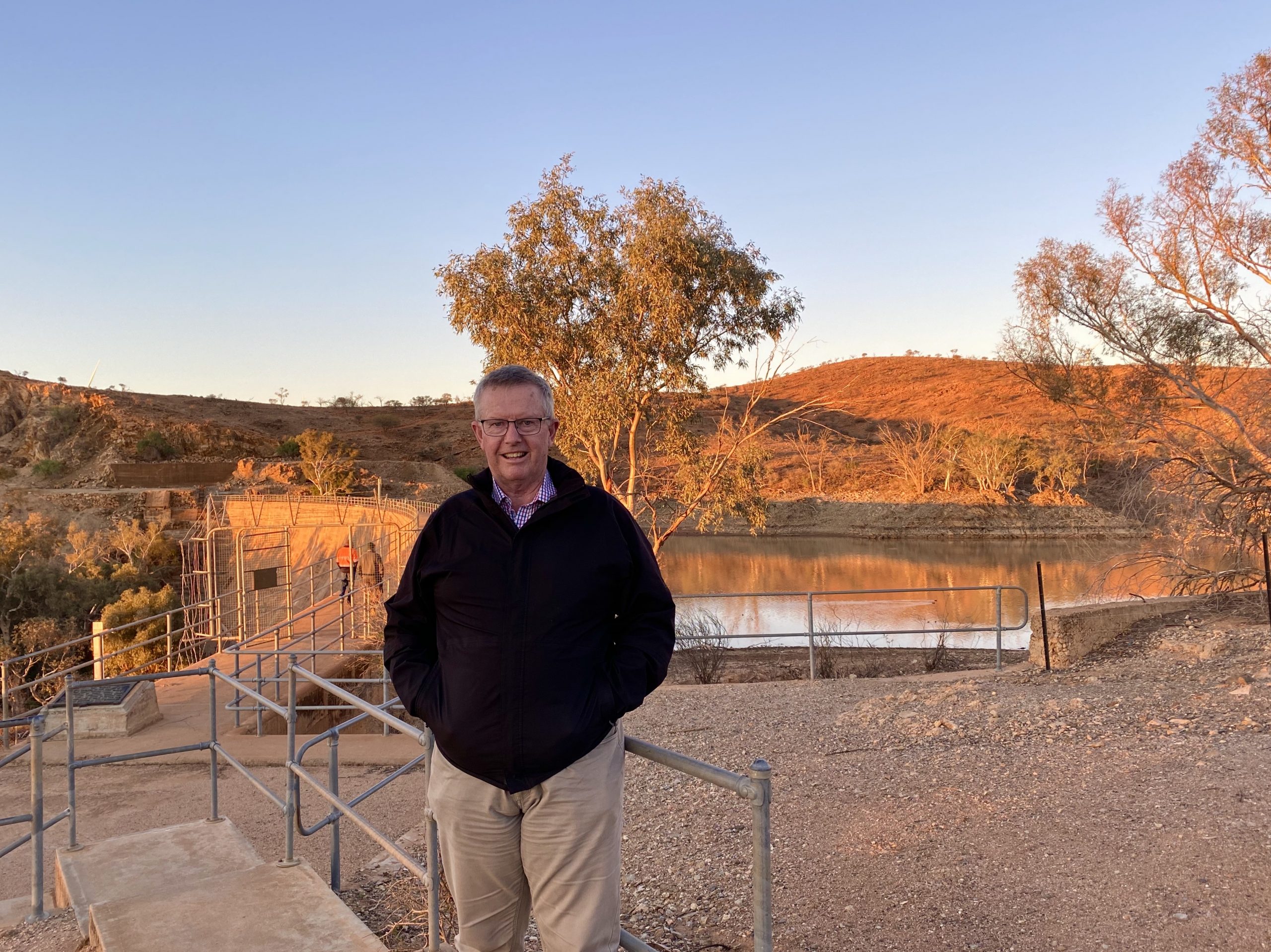 Photo Caption: Federal Member for Parkes Mark Coulton, pictured in the Far West last week, said three new base stations in the region will help to attract more travellers once the major risks of the coronavirus pandemic have subsided.

Federal Member for Parkes and Minister for Regional Communications Mark Coulton said the three base stations were located at Naree Station (near Yantabulla), Pimpara Lake (near Packsaddle) and Tilpa.

The announcement marks the completion of all five towers funded in the Parkes electorate under Round 4 of the Liberal and Nationals Government’s Mobile Black Spot Program, with towers at Silverton and Enngonia switched on earlier this year.

Mr Coulton said the improved connectivity would open doors for business and tourism in the area.

“This is a very important announcement for the Far West, with local residents now enjoying the benefits that improved mobile connectivity brings,” Mr Coulton said.

“Better coverage will help keep people connected at a time when we rely on staying in touch more than ever, due to the COVID-19 pandemic.

‘It will also help to bring more travellers to the Far West once we get ahead of the virus.

“I’m thrilled that the Coalition Government is working alongside telecommunications providers under the highly successful Mobile Black Spot Program to address gaps in coverage in my electorate.”

Earlier this year, Mr Coulton announced the Parkes electorate would receive four new base stations under Round 5 of the Mobile Black Spot Program, located in the Orana/Western Plains region.

“The Mobile Black Spot Program demonstrates how governments and the private sector can co-invest to deliver benefits for communities,” Mr Marom said.

“More than ever before we are using connected devices to improve productivity or our way of life and in many areas regional Australia is leading the way from smart transport, to livestock tracking and water monitoring.

“Connectivity is now much more than just being able to tweet, share photos and communicate. It’s becoming an economic necessity in an increasingly connected world.”

“Having mobile reception on most of the property is a major improvement for us from a safety point of view,” Mr Carroll said.

“I know that locals travelling through the area will also appreciate knowing there is a spot they can get reception.”

• A total of 16 base stations have been funded in the Parkes electorate under the Mobile Black Spot Program, representing a $2.6 million Federal Government investment.

• To view the full list of locations under the most recent round of the Mobile Black Spot Program (Round 5) visit: communications.gov.au/mbsp