Expressions of interest sought to construct Inland Rail from Parkes to Narromine: Coulton 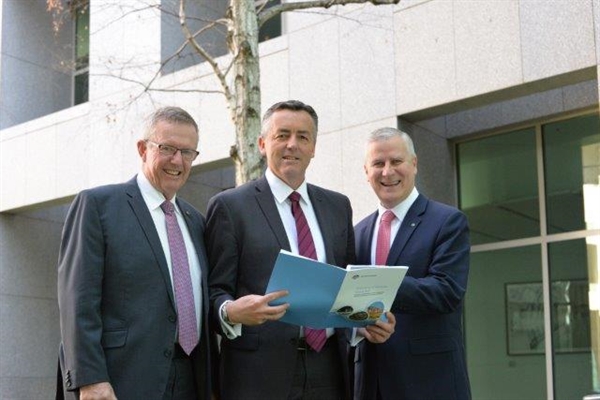 Member for Parkes, Mark Coulton said companies now have the first opportunity to register their interest to construct a section of the iconic Inland Rail project.
He said this is a once-in-a-generation project for regional Australia will provide significant opportunities for businesses and suppliers including construction companies to build the 107-kilometre Parkes to Narromine section.
“The Parkes to Narromine project is a major priority within the Inland Rail project and construction is expected to start early next year.
“The work will involve upgrading the existing rail corridor including the construction of a new 5.3-kilometre connection in a greenfield corridor,” he said.
“Suitably experienced companies are invited to apply to join a shortlist which will then proceed to a formal Expressions of Interest phase. Evaluation criteria will include company experience, suitability for the project, and a demonstrated ability to carry out the works.”
Minister for Infrastructure and Transport Darren Chester said this project between Brisbane and Melbourne will support thousands of jobs across regional Australia, creating 16,000 direct and indirect jobs at the peak of construction.
“Inland Rail will transform the way we move freight around the country, connecting regional industries and communities to domestic and international markets,” Mr Chester said.
The project involves upgrading and reconstructing sections of the existing track; construction, track and civil works for the new connection corridor; upgrading, relocating and consolidating existing level crossings; potential relocation or protection of utility services; and ancillary works such as flood immunity, stormwater, draining and fencing improvements.
Interested companies, that satisfy the evaluation criteria, can submit a Registration of Interest (ROI) document via the TenderLink website: www.tenderlink.com/inlandrail/
Enquiries about the ROI should be addressed to mbircontracts@artc.com.au or via TenderLink.
ROI submissions close 22 September 2017.

Caption: Member for Parkes, Mark Coulton, Minister for Infrastructure and Transport, Darren Chester MP and Small Business Minister Michael McCormack discuss the invitation for Expressions of Interest for the Parkes to Narromine leg of the Inland Rail route.