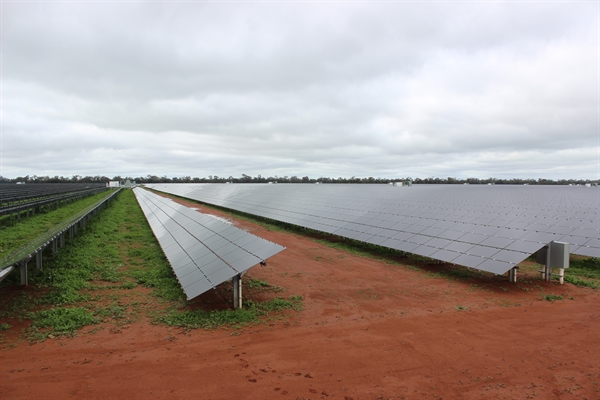 Dubbo Solar Farm is one of 12 new large-scale solar PV plants set to be constructed across Australia, after securing $5.5 million in funding from the Coalition Government through the Australian Renewable Energy Agency (ARENA).

“The Dubbo Solar Farm was chosen as part of ARENA’s large-scale solar round, which is supporting a dozen successful projects that are expected to unlock up to $1 billion in solar projects and boost regional Australian economies,” Mr Coulton said.

“The project shows how hard the Coalition Government is working to accelerate Australia’s shift to a sustainable, affordable and reliable energy future.

Six plants in Queensland, five plants in New South Wales and one plant in Western Australia are slated for support through this funding round, tripling Australia’s big solar capacity from 240 MW to 720 MW.

Neoen Australia is now in the process of finalising terms to deliver this project in line with ARENA’s required timetable, which could see all 12 plants built by the end of next year.

Mr Coulton outlined the local benefits for projects such as the Dubbo Solar Farm.

“Regional economies will benefit massively from the growing big solar industry, with 2,300 direct jobs and thousands more jobs expected to be created by this round,” Mr Coulton said.

“The project will create an estimated 120 new jobs during construction – many of them in the local Dubbo region.”

Further information about ARENA is available at http://arena.gov.au/