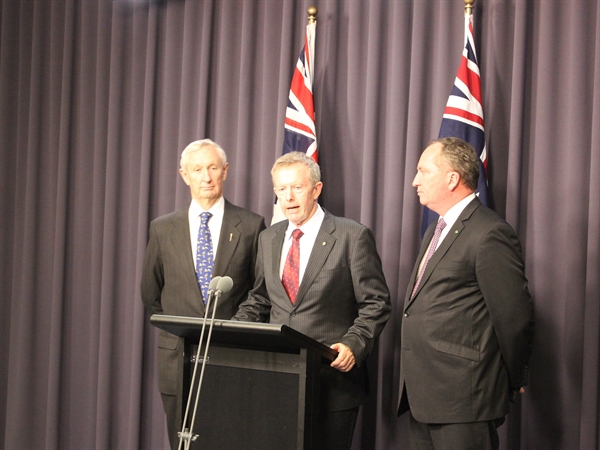 Federal Member for Parkes, Mark Coulton, has welcomed the Minister for Agriculture’s announcement of a further $100 million in Drought Recovery Concessional Loans.

Mr Coulton said that the low interest loans, over a maximum loan term of 10 years, would enable farmers to plant and restock when the drought eventually broke.

“Farmers will have to demonstrate that they have experienced either a 1 in 50 or a 1 in 100 year rainfall deficiency, which is really a very specific area.”

“Farms around Walgett, Lightning Ridge and Brewarrina have gone for three years without putting in a crop and this assistance is designed to enable planting or restocking to assist farmers to transition to full production as soon as possible.”

“What these farm businesses really need is rain. This drought has affected some of the most productive regions in North West New South Wales including some very significant farming operations. Rain, and some long term financial assistance to restore their business to normal operational conditions will see productivity return to this region.”

“Significant assistance has already been made available to farmers through the Farm Household Allowance, Drought Concessional Loans and through social support. Over $700 million in support has been accessed by farmers to date.

“This further support is in acknowledgment of the severe circumstances of farmers in the North-West of New South Wales and also in Western Queensland,”   Mr Coulton said.

Eligible Farm Businesses will be able to apply for loans up to 50 per cent of total Eligible Debt to a maximum of $1 million in total, at a variable interest rate initially set at 3.21 per cent.  The interest rate will be reviewed on a six-monthly basis. Interest only repayments will be available for the first 5 years of the Drought Recovery Concessional Loans scheme.

Applications will close when funding is fully committed or on 30 June 2015.