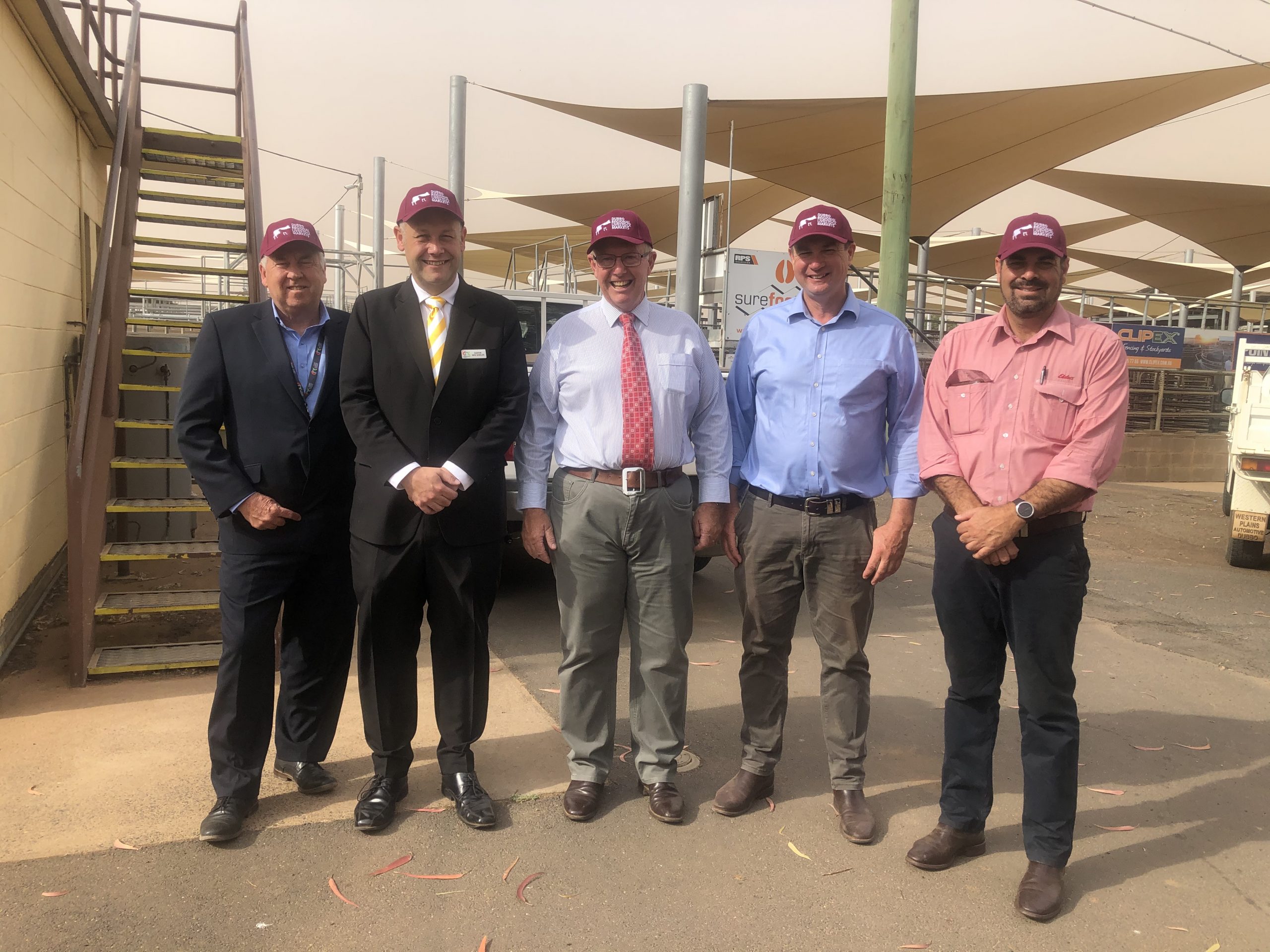 Federal Member for Parkes and Minister for Regional Services, Decentralisation and Local Government Mark Coulton was on hand for the opening and said he is thrilled that the DCP is providing important benefits to communities in his electorate.

“These new shade sails funded under the DCP will provide for improved animal welfare in what is one of the largest saleyard facilities in the country, in terms of livestock throughput,” Mr Coulton said.

“Through the DCP, this government is getting behind local projects around my electorate that stimulate community spending by using local resources and suppliers, or provide long-lasting benefits.

“I’m pleased that as part of the additional drought support announced earlier this month, another $1 million each will be available to councils in my electorate.

“This extra money means councils including Dubbo can keep investing in projects that will boost the local economy.”

Minister for Drought David Littleproud said the Coalition Government has invested more than $300 million in the DCP to fund targeted local projects and create jobs.

“This is a local solution from local people in Dubbo to boost their economy,” Mr Littleproud said.

“The drought doesn’t just hit farmers – the whole community struggles and projects like this recognise everyone needs support.”

“The DRLM provides an annual contribution of $75.6 million in total output, and supports 320 fulltime equivalent jobs across the economy, particularly within the agricultural sector,” Cr Shields said.

“Since 2014, we’ve seen a number of changes out here at the saleyards, including a $4.1 million upgrade of the sheep-selling facilities, and a $6.6 million upgrade of the cattle facilities. Shade infrastructure has previously been installed to livestock pens in 2015 and 2017, so this third phase of installation is going further to improve animal welfare standards.”

Supply and installation of the shade sails were provided by a company in regional NSW, with local labourers and electricians used to undertake the digging of holes and fitting of energy efficient LED lighting.