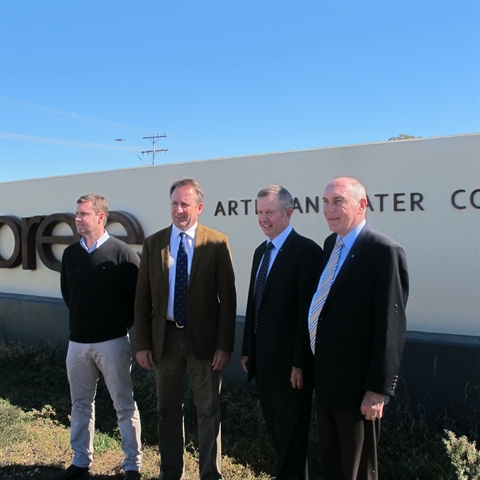 DEPUTY Prime Minister and Minister for Infrastructure and Regional Development Warren Truss today announced Hazell Bros Pty Ltd has been awarded the contract to build the final stage of the Moree bypass to help improve safety and freight efficiency along the Newell Highway.

“The Newell Highway is the road transport and freight backbone of country NSW, helping to support dozens of communities along its 1,060 kilometre corridor,” Mr Truss said.

“The construction of the Moree bypass is a vital project along this important regional freight corridor and is great news for the communities and businesses that use the Newell Highway.”

Federal Member for Parkes Mark Coulton said the 1.8 kilometre section would be built parallel to Gosport Street, between Bullus Drive and the Gwydir Highway, known locally as Alice Street.

“Work on the final section is expected to start later this year,” Mr Coulton said.

“Once completed, the second stage will allow for more efficient movement of freight on the Newell Highway.”

New South Wales Minister for Roads and Freight Duncan Gay said the Australian and NSW governments had each committed $15 million to complete on the final stage of the bypass.

“The Moree bypass is a prime example of the new federal and state governments working together to get on with the job of building vital infrastructure in country NSW that had previously been neglected,” Mr Gay said.

The Australian Government fully funded the building of the $56.2 million 2.6 kilometre northern section of the town centre bypass.

The final stage of the bypass is expected to open to traffic in mid-2016, weather permitting.