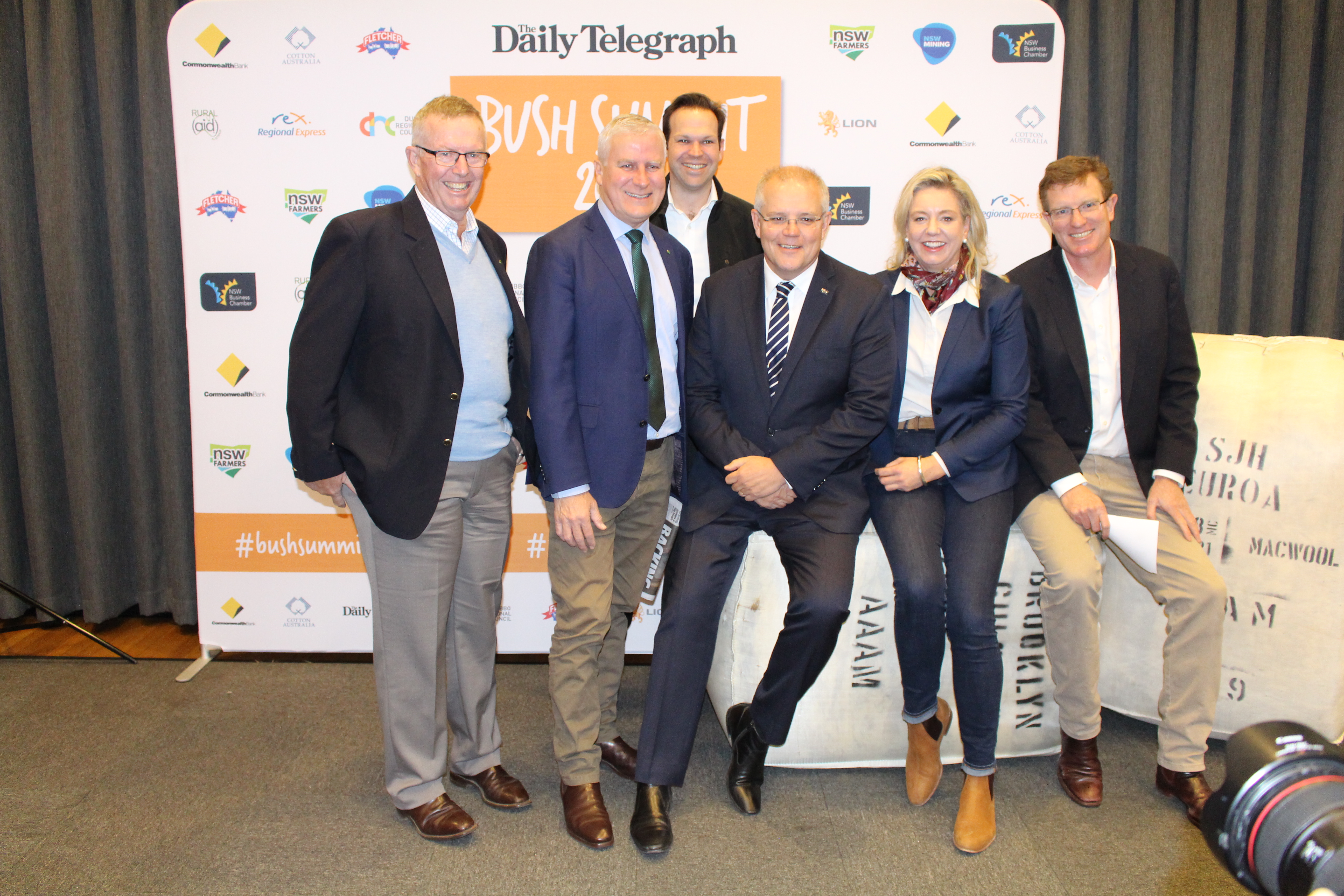 A regional focus for PM’s visit

Dubbo was abuzz on 18 July for the Daily Telegraph’s Bush Summit, which helped to shine a light on what makes our regions so strong and vibrant, and how we can build on that into the future.

I particularly enjoyed listening to panels consisting of industry, business and government leaders driving some very interesting discussions about jobs in the bush, agriculture and land management, water, regional communities, and tourism and transport. In his address, the Prime Minister Scott Morrison said that the future of regional and rural Australia is also about the future of all Australians – and I couldn’t agree more.

The Prime Minister addressed a national plan that will allow agriculture, fisheries and forestry to become a $100 billion industry by 2030, which will be drawn together by my colleague and Agriculture Minister, Bridget McKenzie. I’m glad the value of trade deals was also mentioned, some of which I have had direct input into, in my role as Assistant Trade and Investment Minister. The $5 billion Future Drought Fund, protecting our farmers from property invasions, and taking care of our soil are just some of the other matters that were discussed.

I joined the Prime Minister and Deputy Prime Minister who made time to call in at the Royal Flying Doctor Service (RFDS) base while in Dubbo. The RFDS is an integral part of life in regional Australia and the Dubbo base does a magnificent job servicing the people of Western New South Wales on a daily basis, saving lives and improving the quality of life for people in the bush.

More than 6000 people in my electorate will benefit from a multimillion boost across the next four years, following the Coalition Government’s decision to cut deeming rates.

Nationally, the changes will benefit about 628,000 age pensioners and more than 455,000 people receiving other payments. The decision will take effect from September and will be backdated to July 1.

The lower deeming rate will decrease from 1.75 per cent to 1.0 per cent for financial investments up to $51,800 for single pensioners and $86,200 for pensioner couples. The upper deeming rate will be cut from 3.25 per cent to 3.0 per cent for balances over these amounts. Under the new rates age pensioners whose income is assessed using deeming will receive up to $40.50 a fortnight for couples, $1053 extra a year, and $31 a fortnight for singles, $804 a year.

These changes will also benefit people receiving other income tested payments including the Disability Support Pension and Carer Payment, and income support allowances and supplements such as the Parenting Payment and Newstart.

These awards are testament to the achievements of the many Australian businesses who have dared to follow their dreams and expand their markets across the globe in the true spirit of entrepreneurialism.

Australian exporters are now making annual sales in excess of $438 billion, fuelled by trade agreements that give better access to markets across our booming region. I’d encourage anyone who is interested in nominating for these awards to find out more at www.exportawards.gov.au