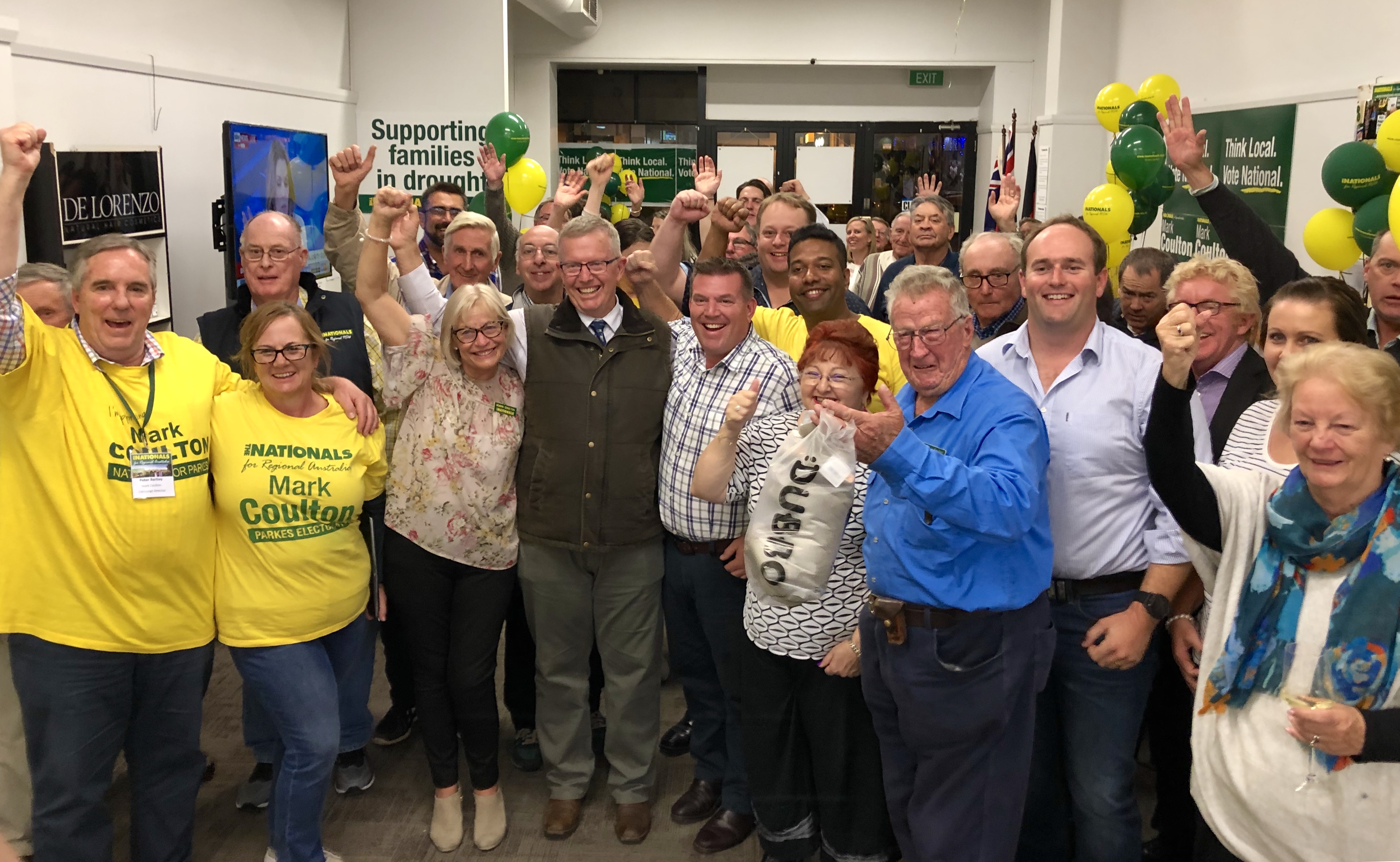 Mark Coulton honoured to be re-elected as Parkes MP

It is an honour to have been re-elected as the Federal Member for Parkes following the election held on Saturday 18 May 2019.

The people of the Parkes electorate have backed me for a fifth time as their local member, and I couldn’t be more proud. Likewise, I am thrilled that we have achieved an excellent outcome nationally, with the Coalition forming Government again.

My previous weekly column addressed the fact that under a Coalition Government, the future of the Parkes electorate, and indeed, the nation, is brighter than ever. It is strong and secure, and will pay dividends to those who are willing to have a go. As counting continues, at the time of writing it is unclear as to whether this will be a minority or majority Government.

Representing the people and communities that reside in half of New South Wales is by no means a small feat, and it is a role I have taken with utmost humility for the past 11 or so years. Every one of my constituents deserves to be heard and it’s a great privilege to listen and represent the issues that matter most to you, in the Australian Parliament.

Thank you to all of my hard-working supporters who have made it their business to back me, not only in this election campaign, but since I was first elected in 2007. I have great appreciation for those of you who have generously volunteered your time and effort – from coordinating my campaign, right through to working on pre-poll and polling places. Our wonderful success last Saturday is a credit to you.

To my opponents including the Labor candidate Jack Ayoub – thank you for a strong contest of ideas and for a respectful and rewarding campaign.

To voters – thank you for electing me for the fifth time as your voice in the Australian Parliament. I am as excited and optimistic as ever about what lies ahead for us all, and I look forward to continuing to work tirelessly as your local member into the future.