Coulton’s Catch Up – First phase of N2NS section on track to be complete by harvest, Purlewaugh Road set for upgrade, Boost for Driver Reviver sites 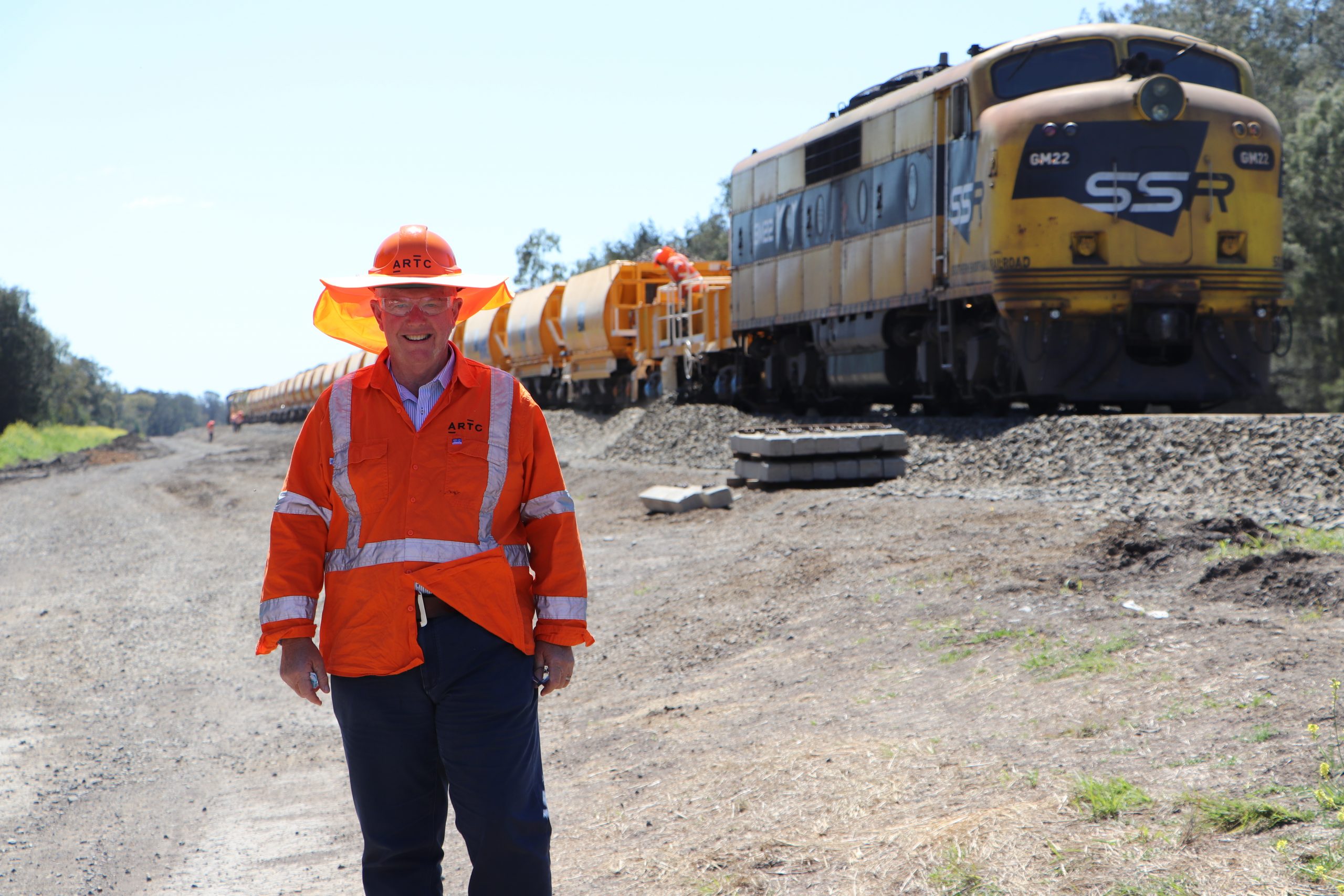 It was fantastic to get a first-hand update of the progress of the Inland Rail Narrabri to North Star section during a tour of the works near Gurley last week.

It’s exciting to see so much activity happening along the rail line, with crews working to complete this section before harvest.

So far more than 160 locals have been employed and 110 local businesses have supplied to the project which is fantastic, providing a welcome economic boost to the communities of Narrabri, Bellata, Moree and North Star at a time when it’s most needed.

Inland Rail is a game-changer for regional Australia and the whole country, and I look forward to seeing it progress further.

The Purlewaugh Road has been given the green light for a major upgrade, with the Federal Government contributing $2.4 million for the project through the Roads of Strategic Importance (ROSI) initiative.

The $3 million upgrade is being jointly funded with Warrumbungle Shire Council to facilitate road train access to major business sites in the Hunter Valley.

This investment is part of a broader commitment to deliver targeted upgrades along the Toowoomba to Seymour corridor, including the Newell Highway, which contributes to the competitiveness of Australia’s agriculture and mining sectors.

Construction is due to get underway by the end of this year.

More information on the ROSI initiative is available at: https://investment.infrastructure.gov.au/key_projects/initiatives/roads_strategic_importance.aspx.

Last week I was pleased to announce that five roadside rest areas in the Parkes electorate will be upgraded to help combat driver fatigue and make local roads safer, thanks to $487,829 in funding under the Federal Government’s Driver Reviver Site Upgrade Program.

A total of $130,014 has been provided to Trangie Local Aboriginal Land Council for additional toilet facilities at the Trangie Wungunja Cultural Centre.

Finally, Narromine Shire Council has received $48,185.10 to upgrade the Driver Reviver site at the Narromine Saleyards.

Anyone who has used a Driver Reviver site knows how vital a place they are for safety and fatigue breaks for drivers and their passengers, and we want to ensure they continue to be that reliable break spot for even more Australians well into the future.

That is why our Government is investing in these vital Driver Reviver upgrades that will help keep people safe on our roads.

This funding will also support our hard-working local volunteers who put in their time and effort to man our Driver Reviver sites, offering motorists a cuppa, friendly conversations and a nice spot to take a break to manage fatigue and reduce the risk of crashes.