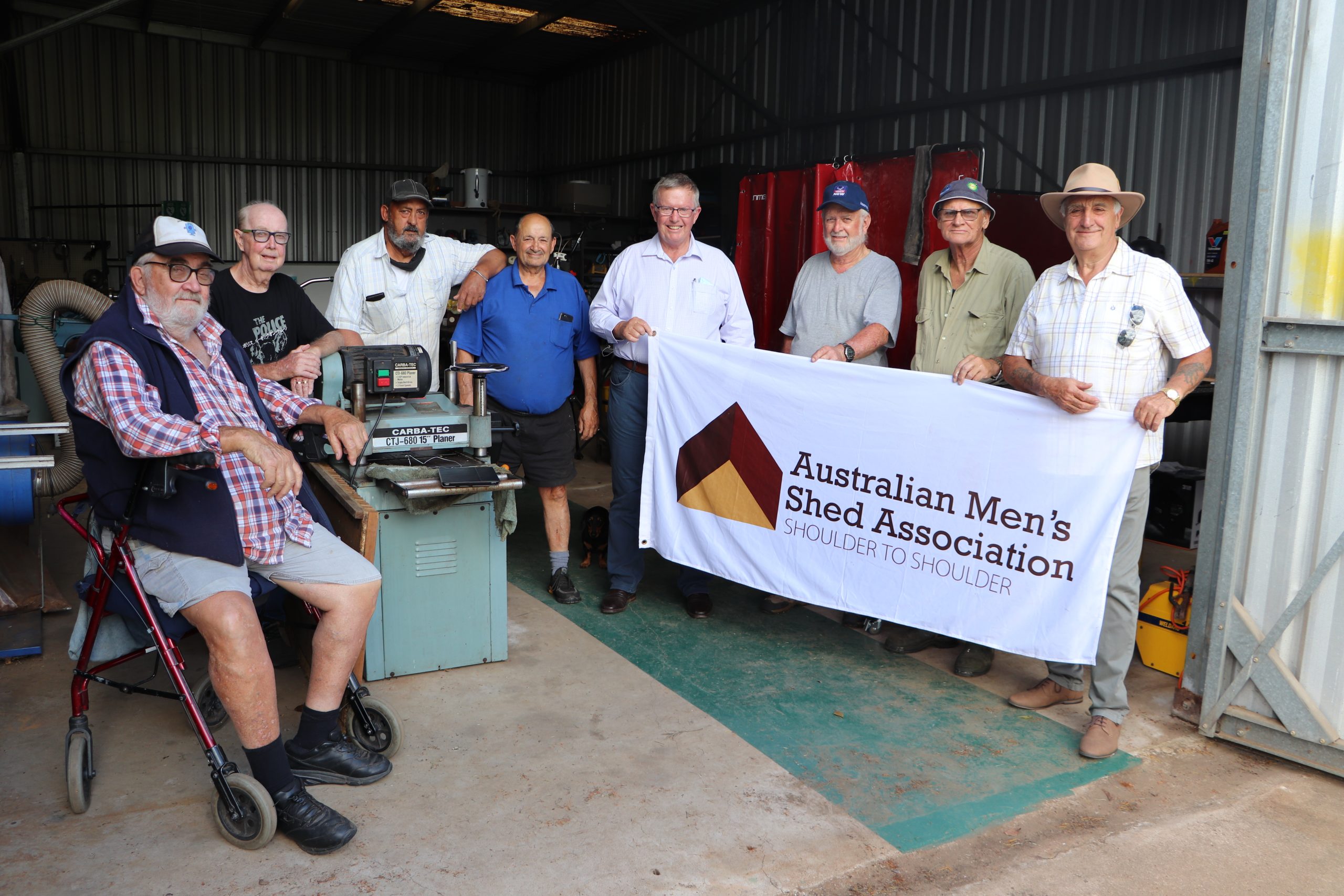 Catching up with local communities

I had a big week on the road last week, visiting a number of community groups throughout the Warrumbungle and Coonamble shires.

Each of these groups had received Federal Government funding through either the Stronger Communities Programme, Powering Communities Program, or the 2021 Volunteer Grants, so it was wonderful to see how this money is benefitting some of our hard-working volunteer organisations, from financing air-conditioners and solar panels to a range of new equipment.

It was also a great opportunity to catch up with the Warrumbungle and Coonamble shire councils to take a look at some of the many projects rolling out across both districts thanks to the successful Local Roads and Community Infrastructure program. Upgrades to sporting facilities, footpaths, roads and other public infrastructure are among the projects completed or underway, which are not only delivering last benefits to these communities, but are creating much-needed local job opportunities.

Attracting more doctors to the bush

Last week some significant changes were announced to help attract more doctors to our regional and rural areas.

I welcomed the Federal Government’s new incentive for eligible doctors and nurse practitioners to practice in rural, remote or very remote areas of Australia, by eliminating all or part of their Higher Education Loan Programme (HELP) debt subject to meeting eligibility criteria. This new initiative shows that our government is serious about supporting doctors who genuinely commit to practice in the bush, offering that important continuity of care, instead of having an over-reliance of locums.

Meanwhile, the Government is also making it easier for more larger rural and regional areas to recruit from the pool of GPs under location moratoriums through a change to Distribution Priority Area (DPA) classifications. This means GP catchments in Modified Monash Model 3 and 4 areas – including Boggabilla, Broken Hill, Dubbo, Gunnedah, Narrabri and Moree – will have more options and a larger pool of doctors to recruit from, which I’m sure will be welcomed in these communities.

The Horizon Village Men’s Shed in Dubbo has received $2,200 to purchase a lifesaving defibrillator, while the Men-in-dee Shed has been awarded $1,000 to participate in a six-week cognitive behaviour therapy program delivered by the Royal Flying Doctor Service.

I’ve always been a big supporter of Men’s Sheds – they play an important role in our regional communities and are a great place for local men to put their health and wellbeing first.

The NSDP provides up to $10,000 in funding to Men’s Sheds through a competitive grants process. Applications for Round 23 of the NSDP will be opened in mid-January 2022.

A second round of the Regional Connectivity Program is now open, with up to $112 million available to improve internet accessibility in our regional, rural and remote communities.

This is a program that I am particularly passionate about, having established it as the former Regional Communications Minister to deliver place-based solutions to digital connectivity issues in our regions.

A number of communities in the Parkes electorate are already set to benefit from Round 1 of the program, through the investment of new and improved mobile voice and data coverage, fixed wireless and fibre broadband service, and improved backhaul capacity.

I urge telecommunications providers to work with regional communities, development organisations and state and local governments to submit an application to provide an innovative approach to ensure we fill the gaps in blackspot areas across the Parkes electorate. Interested parties have until 27 January 2022 submit applications to the competitive assessment process. To apply, and for more information, visit the Department’s website at https://www.infrastructure.gov.au/media-technology-communications/internet/regional-connectivity-program.