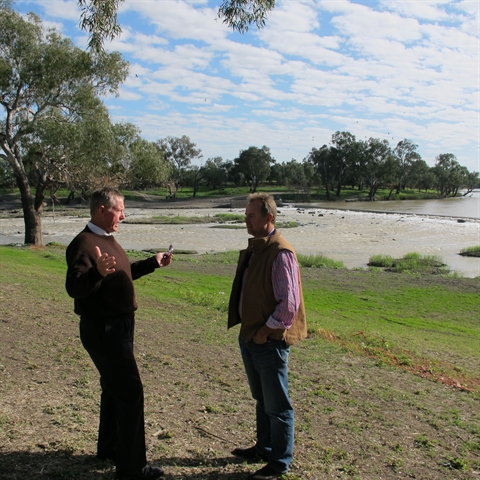 National Heritage places are of outstanding heritage value to the nation and reveal the richness and diversity of Australia’s extraordinarily natural environment. The Parkes Electorate is no exception and is home to many of these iconic places.

The Australian Government is now calling for nominations for new places to be included on the National Heritage List.

National Heritage places capture the diversity of stories that have helped to shape our great nation and inform our sense of self. The Parkes Electorate is home to both the Brewarrina Fish Traps and the Moree Baths and Swimming Pool which are on the National Heritage List.

These places are importance because they tell the stories of our colonial history and the development of modern Australia and chart the complex cultural contributions Indigenous Australians have made to our nation.

This year the National Heritage List has surpassed the major milestone of more than 100 places. We’re now adding to this with additional places that are important to our story as a nation.

I would encourage people and groups in the Parkes Electorate to consider nominating places within the local area that are of historic or environmental value to be considered for addition to the list. In particular, the Government is calling for nominations of Australia’s magnificent deserts and historic benevolent institutions.

Nominations for the National Heritage List close on 6 February 2015.

For nomination information go to http://www.environment.gov.au/heritage/places/nominating-heritage-place

Interested parties are invited to make a submission on the takeover by the 17 December. This can be done by emailing mergers@accc.gov.au with the title Submission re Proposed acquisition of Primo Smallgoods by JBS USA Holdings Inc (attention George Huang/Brendan Smith). Submissions can also be made by Fax 02 92315652 or by mail to Mergers Branch, ACCC, GPO Box 3648, Sydney NSW 2001.

It is important to go through the checks and balances to ensure that the market is not adversely affected by a takeover of this nature. I am aware that the Cattle Council of Australia and NSW Farmers have expressed some concern and will be taking a close look at the ramifications of the merger. I would encourage members of these organisations to talk to their representatives about making a submission.

The provisional date for an announcement of the decision by the ACCC is the 29 January 2015.