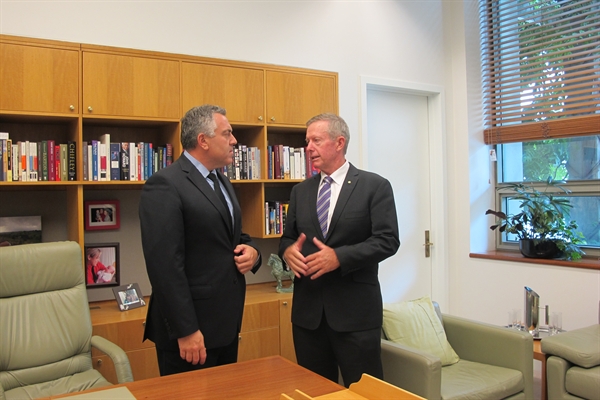 The Rudd/Gillard/Rudd Labor Governments did the Australian a great disservice by claiming over and over that they achieved a Budget surplus. The truth is the last time a Federal Labor Government delivered a surplus was back in the 1989-1990 Budget. The elected representative for the Federal Seat of Longman, 23 year old Wyatt Roy, has not seen a Labor surplus in his entire life.

The mess that the Coalition Government has inherited from Labor will take some time to fix. The Labor Party left us with over $123 billion worth of deficits over the next four years. The Treasurer, Joe Hockey, has made no bones about the importance of an end to the age of entitlement and the need to share the “heavy lifting” across all Australians. Government can act as a safety net in times of need; however it should not be doing things for people that they can do for themselves.

The Coalition has a positive plan for the future, but it will not be easy. Expenditure has been steadily increasing and, because of Labor’s poor management of the Budget, a lot of the spending has remained in the latter part of the forward estimates. Meanwhile revenue has not kept up with spending, certain sectors of the economy still remain soft and the mining boom has eased from the capital investment stage to production.

Some of the challenges we face are a result of our high standard of living. We are all living much longer which is a testament to our increased education and the wonders of medicine. Even so the efficient management of our Budget necessitates consideration of how we can best deliver services now as well as preparing us for the future.

My biggest problem with the spending programs that were so evident under the previous Labor Government was the pure waste of taxpayer money. Programs like the ill-managed Pink Batts and overpriced BER school halls have made all taxpayers wary of Government spending.

The Coalition has a strong responsible team ready to put forward a plan for getting the Budget back on track. It won’t be easy or pleasant but it is absolutely necessary for the future.