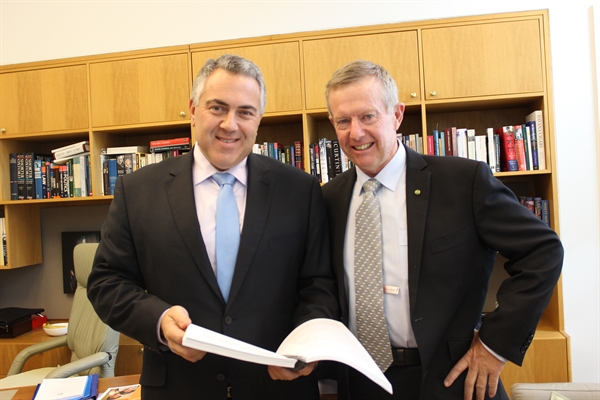 Our tax system was built in the 1950s and it is time that we have a discussion as a nation about what changes should be introduced to make sure that we can keep up with the times.

Globalisation and the digital economy have transformed the way that we do business. Our reliance on income tax may be unsustainable and it is important that we have this conversation to ensure that our tax system is as simple and fair as possible.

Treasurer Joe Hockey has released a discussion paper on tax reform as a part of the longer process of developing a Tax White Paper. The Government wants a better system that delivers taxes that are lower, simpler and fairer. Consultation with the community will play a key part with several opportunities to submit feedback and ideas throughout the process.

It is important to look at tax reform as an opportunity to increase our economic potential. Reform is necessary to maintain and increase our standard of living.

The majority of taxes raised in Australia come from personal income tax and corporate taxes. This has been the case since the 1950s despite significant changes to our economy. We need to work at making our tax system simpler. Currently the costs are too high with compliance costs currently sitting around $40 billion every year.

At this stage the Government is committed to looking at ideas and to considering the challenges and opportunities which our tax system currently faces.

The tax conversation is one that we need to have and input is needed from tax practitioners, industry groups, think tanks, members of the public and the media. It is only with this open discussion that significant progress can be made.

We also need to address tax reform in a bipartisan way. For example, any change to the rate or base of the GST would require the unanimous support of the state and territory governments, the support of the Federal Government and legislation through both Houses of the Australian Parliament. It is essential for our nation that the Opposition carefully consider the issues and opportunities that our tax system faces and that they work with the Government to deliver sound policy and a better future for all Australians.

We have experienced nearly a quarter of a century of uninterrupted economic growth- but we need to work to ensure that we continue to modernise and change with the times.

Coulton’s Catch Up – Investing in our communities, Lights switched on at major intersection, Regional bank taskforce, Proof of vaccination
25 October, 2021