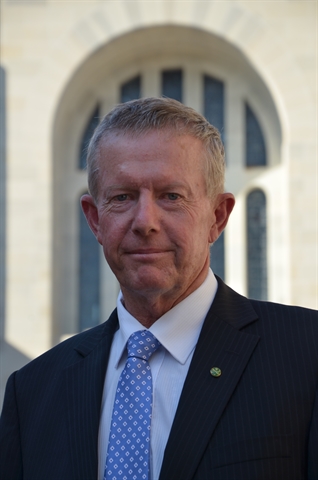 Tragedy during Bastille Day in Nice
I was extremely saddened to awake to the terrible news last Friday of the attack on innocent people undertaking Bastille Day celebrations in Nice.

It is truly disappointing that on France’s National Day, such a tragic event has taken place. I pass on my deepest sympathies to any local residents who have been impacted upon by this attack.
.…………………………………………………

The Battle of Fromelles (19 July 1916) was the first major engagement by Australian soldiers on the Western Front where the Australian 5th Division suffered 5,533 casualties in just 24 hours — Australia’s bloodiest single day in military history.

The Battle of Pozières (23 July 1916 to 3 September 1916) involved Australian troops from the 1st, 2nd, and 4th Divisions capturing and holding the village of Pozières, and launching nineteen attacks over 45 days in a gruelling advance.

A commemorative service on Tuesday (19 July) at the Fromelles (Pheasant Wood) Military Cemetery will mark the start of a series of 100-year anniversaries of battles involving Australians on the Western Front. This includes the Headstone Dedication or six soldiers whose remains were identified by the Australian Army’s Unrecovered War Casualties Fromelles project team. All the soldiers were identified in 2016.

At Pozières a commemorative service will be conducted on Saturday at the site of the 1st Australian Division Memorial.

ABS Census
Every five years the Australian Bureau of Statistics (ABS) undertakes a Census of Population and Housing, providing what they describe as a ‘snapshot’ of the nation.

The next Census is scheduled to take place on 9 August 2016. The ABS has launched a series of animated videos ahead of the 2016 Census call the ‘Making Sense of the Census’ series. This series provides information on a number of key Census themes, including what is the Census, why Australia has a Census, privacy and confidentiality, and how to complete the Census.

The videos are available on the CensusAustralia YouTube channel.

Labour force figures – June
Last week the ABS released Labour force figures showing that despite the seasonally adjusted unemployment rate rising slightly to 5.8 per cent in June 2016, the fundamentals of the Australian economy remain strong and the economy continues to create jobs.

The labour force participation rate increased marginally over the month, to stand at 64.9 per cent, indicating there are more Australians actively looking for work.

Minister for Employment, Senator the Hon Michaelia Cash indicated that labour force data demonstrates the resilience of the Australian economy in the face of significant international uncertainty and turbulence, as well as the need to stay the course and deliver a comprehensive economic plan.

I couldn’t agree more. In recent months there have been significant international events which have created turbulence and a level of economic instability, whether in terms of headwinds in China or the uncertainty created around Brexit.

Despite this, the Australian economy continues to create jobs and demonstrates encouraging resilience.

The Government acknowledges that ABS labour force figures can be volatile however this data clearly reflects a robust Australian labour market while also highlighting the need to continue with the Coalition’s comprehensive plan to strengthen the economy and stimulate further jobs growth.

The Coalition Government has been elected on the promise to implement a plan for jobs and growth and that is exactly what we will do.