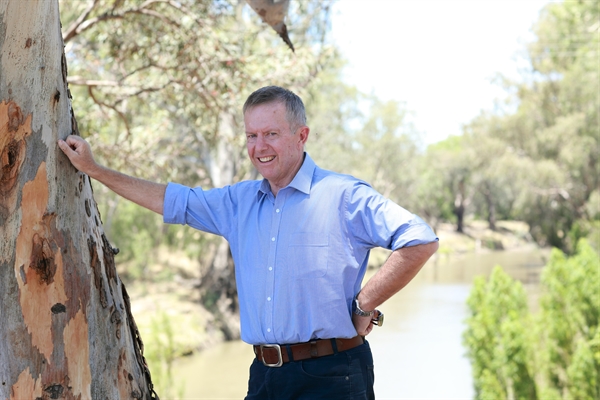 The Coalition is delivering on its promise to legislate a 1500 Gigalitre buyback cap as a part of the management of the Murray Darling Basin.

Legislating the buyback cap was a promise made by the Prime Minister prior to the last election. This legislation will deliver further certainty to farmers and irrigators in the Basin. The Government has already been implementing our commitment to the 1500GL limit through budgetary and policy measures.

Legislation will provide further definition to what is being carried out on the ground.

I will always support communities in the basin that have largely relied on agricultural industries for their prosperity.  Over the last 18 months we have virtually instituted an end to buybacks. Instead we have chosen to improve efficiency through irrigation infrastructure. Investment in on and off farm irrigation infrastructure is in the best interests of farmers and the environment.

The Government is committed to implementing the Murray Darling Basin plan; however we recognise that there is more work to do with the States, the farming sector and stakeholders within the Basin.

Legislation to limit water buybacks to 1500GL is in the best interests of everyone within the basin as we continue to implement the Basin plan.

It is now up to the Labor Party to show their support for Basin communities and regional jobs by supporting this important legislation. Bipartisan support for this legislation will be welcomed by communities within the basin and provide certainty and confidence to the regions.

The guidelines and application forms are available at www.nla.gov.au/chg.guidelines. Applications close on 1 May 2015. Interested parties are also encouraged to find out more information by calling 02 6262 1147 or emailing chg@nla.gov.au.

The Australian Government called for feedback from the agricultural sector through the Strengthening the Foreign Investment Framework Consultation Paper released 25 February.  This paper is available at www.treasury.gov.au and submissions close Friday 20 March.