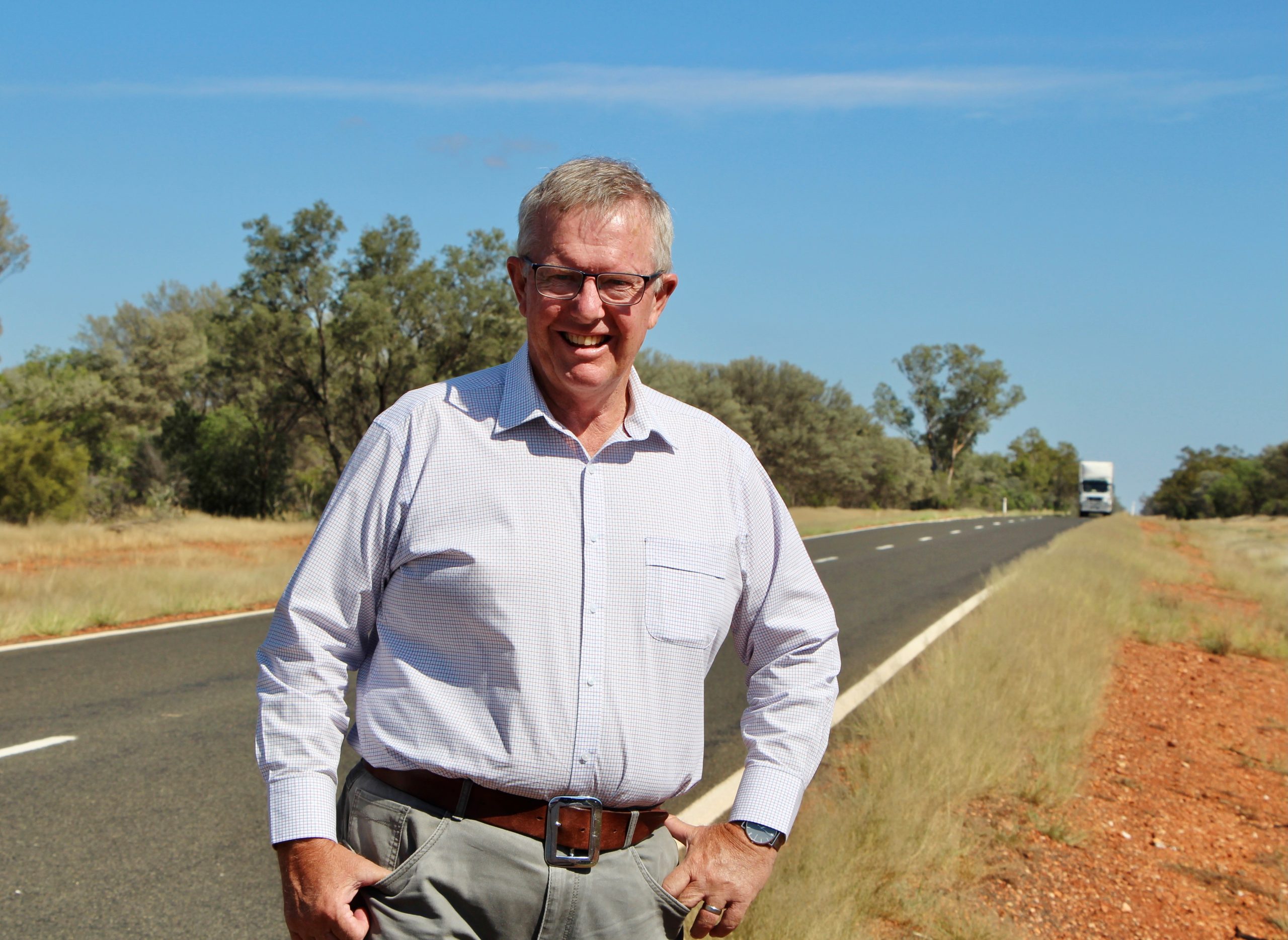 A whopping $16 million investment from the Federal and NSW Governments will see key infrastructure improvements underway in the Parkes electorate in the coming months.

Last week I announced $8.9 million for safety upgrades to the Newell Highway at Redbank, south of Coonabarabran, $2.7 million for further improvements on the Newell at Dustys Creek, north of Gilgandra, $4 million for pavement widening along the Mitchell Highway between Nyngan to Bourke and $297,000 for a pedestrian refuge near schools in Bloomfield Street, Gunnedah.

You can expect to see shovels hitting the ground right away on these projects, which will include widening works, the installation of safety barriers, rumble strips and wide centrelines.

This funding is part of a $400 million Australian and NSW Government blitz designed to reduce road trauma and save lives. It’s a great example of multiple levels of government combining forces to deliver life-saving road safety projects for our region.

This is about getting Australians home sooner and safer – something that’s important to us all. I look forward to seeing works progress in the near future.

Last week I was pleased to announce that two community projects in my electorate will share in more than $100,000 of Federal Government funding under the Tackling Tough Times Together program.

The Tackling Tough Times Together program has a range of benefits, including reducing social isolation and stimulating the local economy.

Gilgandra Museum and Historical Society will receive $50,909 to undergo a number of upgrades and invest in new equipment, while Lower Lachlan Community Services Incorporated has been awarded $50,000 to replace its roof.

The Government is pleased to support the Foundation for Rural Regional Renewal’s crucial work of stimulating regional economies while strengthening social connections in these country communities.

Well done to the two recipients in my electorate – I look forward to seeing the projects up and running.

Communities throughout the Murray-Darling Basin can now apply for a share of funding grants to help boost economic development and improve the health of local rivers and wetlands.

There is $34 million up for grabs under Round 3 of the Economic Development Program, with grants of between $50,000 to $1 million available to fund local projects.

The Parkes electorate has already benefitted from nearly $8 million under the first two rounds of the EDP, with projects such as Warren Shire Council’s urban enhancement and oval redevelopment making a real difference.

There is also $6 million now available under the first round of the Healthy Rivers Program, with grants of between $5,000 to $50,000 for Basin farmers, landholders and community organisations to deliver practical on-ground projects to maintain the health of their local streams and wetlands.

I strongly encourage all eligible groups and individuals to check the guidelines and apply for these grants via the GrantConnect or Community Grants Hub websites.

This is great news for farmers and irrigators, and will provide them with the certainty they need to plan for the future.

By putting an end to buybacks and investing in off-farm water efficiency, we’re prioritising and protecting our communities and farmers.